May 28, 2017 – The curtain came down on the Canadian Judo Championships Presented by biosports.team on Sunday afternoon. The event was held at Calgary’s Olympic Oval for the second year in a row. The tournament closed on Sunday with the senior events, where 16 titles were up for grabs.

The host team had a star athlete in its ranks: Joe Casey Andres, originally from Japan, joined the

Alberta team for the competition. Andres travelled from Osaka to Calgary to claim the top spot in the +100 kg competitions in the U21 division on Saturday and the senior division on Sunday.

“My goal was to get my hands on two gold medals so I trained really hard,” he stated.

Andres is proud to have won two gold medals for Alberta at the Nationals. “My dream is to qualify for the Olympics. The first step was to win the Canadian championship, which I accomplished today.”

As the host team, Alberta can say it’s mission accomplished. The provincial team ended the day with a haul of 12 medals, including three national titles.

“It was a great weekend for the entire team,” noted Ewan Beaton, high performance coach for Judo Alberta.

His protégés rose to the occasion. “I’m very pleased with their work. Some of them were crowned Canadian champions and others qualified for the Junior World Championships.” 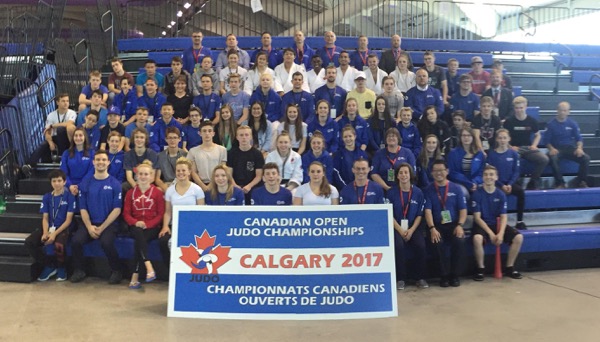 Beaton made a point of mentioning the quality of the organization of the Canadian Championships Presented by biosports.team. “It was important to us to make a good impression on the spectators, on our families, and on our sponsors.”

In Beaton’s opinion, the event was a hit. “It was a great success not only for the Alberta team, but for the entire Judo Canada family. Thanks to the excellent organization of the event and the energy provided by all the provincial teams, we were able to hold a very special event, especially for our younger judokas who were making their debuts on the national stage. We were able to welcome them in a fantastic atmosphere!” 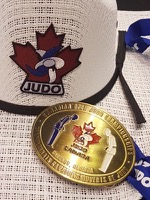 After a two-year absence from the tatamis, Ana Laura Portuondo Isasi came back, reclaiming her spot amongst Canada’s elite athletes by winning the national championship in the U78 kg weight class.

The Québécoise climbed to the top of the podium after scoring an ippon in each of her three bouts. “My game plan was to score an ippon in each match, and that’s what I did! It was a great day. I’m really happy to have picked up where I left off,” she declared.

The 21-year-old now hopes to quickly regain her place on the international stage. “I’m very optimistic and I still have high hopes for my judo career. The way I was supported over the past two years warmed my heart.”

Now that the 2017 Canadian Championships Presented by biosports.team are over, its hundreds of competitors are on their way home…but they will be back in 2018, when Calgary hosts the national tournament for the third year in a row!