Canadian 1-3 Finish for Deguchi and Klimkait 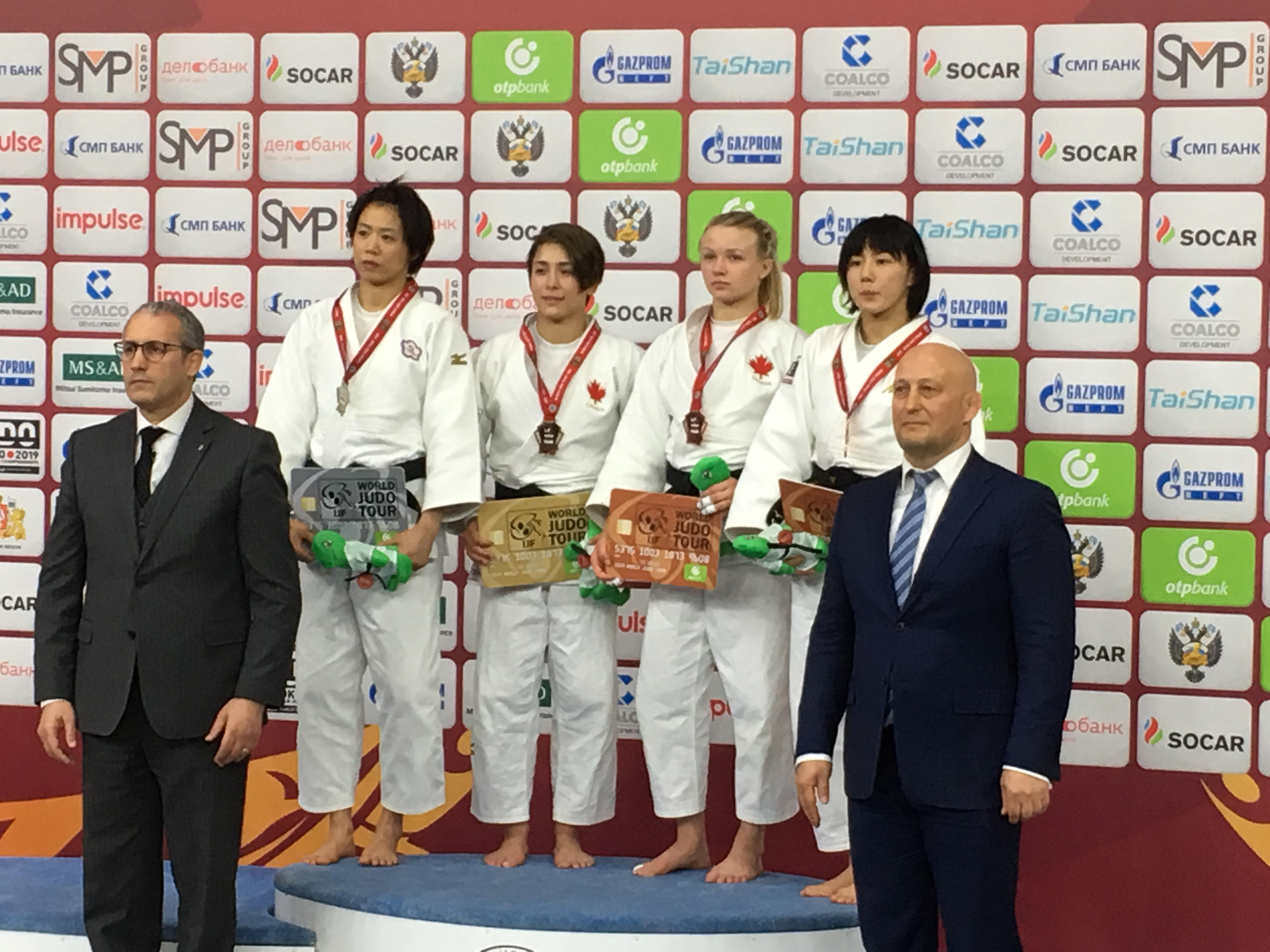 “It was a hard fight,” said Deguchi about her final bout. The previous fights were long and the gold medallist didn’t think she would be as exhausted once in the finale. “I know Lien well, and she knows me very well too, since we both graduated from the same university. We trained together often, making it more difficult,” she explained.

It’s a second consecutive gold medal for Deguchi, after she also triumphed at the Paris Grand Slam in February.

Canadian Jessica Klimkait won against Jovana Rogic, but lost against Haruka Funakubo. She then defeated both Dian Dzhigaros and Telma Monteiro.

“Even though I won my first bout, I wasn’t happy with my performance,” she said. Focusing on the results, Klimkait thinks she can fight better, even after winning.

“After losing the quarterfinal, I wanted to focus to attack in different angles and try different moves. I made a big difference for me,” added the Canadian who has now won five consecutive medals.

The Grand Slam will continue in Russia on Saturday, featuring several Canadians. Catherine Beauchemin-Pinard (-63 kg) and Kelita Zupancic (-70 kg) will be fighting for a medal on the women’s team, as well as Étienne Briand and Antoine Valois-Fortier (-81 kg) on the men’s team.