Eight Judokas to compete at the Olympic Games in London 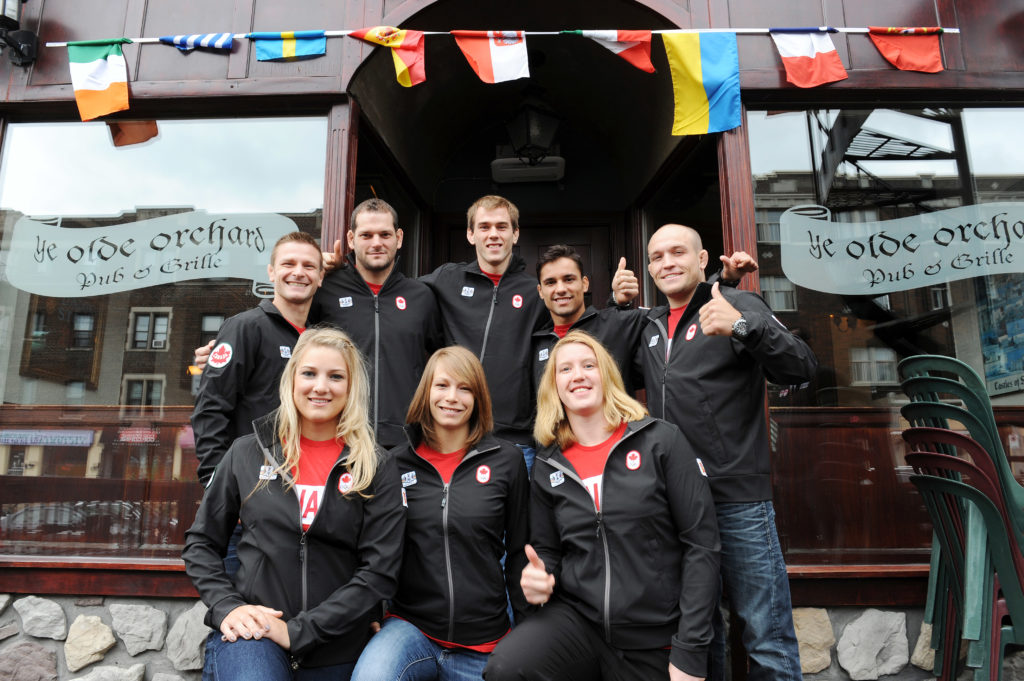 MONTREAL – Today, eight more exceptional Canadian athletes joined the ranks of nominees to the Canadian Olympic Team for London 2012 as Judo Canada nominated the best of its best competitors in the different weight categories to head to London this summer.

“Judo is something I love to do because it’s exciting, but it’s also something that helps me focus – not just in sport, but in life,” said Antoine Valois-Fortier, first time nominee to the Canadian Olympic Team for the sport of Judo. “I’ve gone from the overly energetic kid who couldn’t sit still to a nominee to the Canadian Olympic Team. I can’t wait to get to London and take my energy to a whole new level, against the best in the world!”

“These eight young men and women are wonderful additions to our growing roster of Canadian Olympic athletes for 2012,” said Canadian Olympic Team Chef de Mission for London 2012, Mark Tewksbury. “There’s a real elegance to Judo that can really draw you into its excitement and precision and I know Canadians are going to love watching our newest nominees in action when they get to London.”

“With the excitement growing every day, I am so proud to continue watching the ranks of our Canadian Olympic Team nominees increasing as every day goes by,” said Marcel Aubut, President of the Canadian Olympic Committee. “I wish all eight of you the best of luck as you finalize your preparations for London, and remember, the whole country is cheering you on .”

ABOUT THE CANADIAN OLYMPIC COMMITTEE

Independent and predominantly privately funded, the Canadian Olympic Committee delivers resources that Canada’s elite athletes need to perform at their best and give their everything every day.

The backbone of Canada’s Olympic movement, the Canadian Olympic Committee works with National Sport Federations to prepare the Team for the Olympic, Youth Olympic and Pan American Games.

By sharing our athletes’ stories, we inspire all Canadians through the power of sport: 24 hours a day, 7 days a week, 365 days a year.

Amy Cotton is a 2004 Olympian who reached the quarter finals in Athens. She has worked very hard to get back to the top of the world stage after missing the 2008 Olympic Games in Beijing with a broken foot. The major push she made last year, found her competing for five weeks straight and often getting off one plane to get onto another.

Cotton won a bronze medal at the 2003 Pan American Games. She is a 10-time National Championships medalist winning three gold, four silver and three bronze, dating as far back as 1995. Most recently, she won the 2012 Moscow Judo Grand Slam.

At the age of 32, Cotton has been competing in international judo for half her life. A native of Antigonish, Nova Scotia who calls Montreal home, Cotton is currently ranked #12 in the Olympic rankings.

Alexandre Emond, the 2011 Pan American Games bronze medalist, is making his Olympic debut in London this summer. A four-time World Championships team member, Emond won three matches in 2010 in Tokyo and 2011 in Paris. He has won nine medals at the National Championships, including five gold, three silver and one bronze.

Most recently he won the gold medal in the men’s -90kg class at the 2012 Pan American Championships in Montreal, where he beat Cuba’s Asley Gonzalez in the final, scoring a yuko in an overtime period.

A 2008 Olympian, Sasha Mehmedovic reached the quarter finals in Beijing. He qualified for the 2012 Olympic Games in London by winning a silver medal in his last chance at 2012 Pan American Judo Championships in Montreal in April – he reached the final winning a close match with Valderrama Ricardo of Venezuela, before losing by yuko to Leandro Cunha of Brazil in the final. A World Championships team member in 2007, finishing 7th in Rio de Janeiro. He has represented Canada at two Pan American Games, finishing 5th in 2011 and 10th in 2007.

Born in Pancevo, Serbia, Mehmedovic moved to Canada in 1992 and has become a five-time medalist at the National Championships, winning two gold, two silver and a bronze.

Sergio Pessoa is making his Olympic debut in London this summer. His father is a 1988 Olympian having competed in judo in the same weight class in the 1988 Games of Seoul, Korea, where he finished ninth for his native Brazil.

A member of the 2009 World Championship team,Pessoa Jr. suffered an anterior cruciate ligament (ACL) injury in 2011 missing part of the season and two World Championships. He is the 2009 Canadian champion and has also captured three other medals nationally – a silver in 2007 and two bronze medals in 2006 and 2008. He also won two back-to-back National junior championships in 2004 and 2005.

Most recently, this Concordia University student won a silver medal at the 2012 Pan American Championships in Montreal.

Nick Tritton made his Olympic debut in 2008 in Beijing where he finished 21st in the men’s lightweight division. Despite not participating in the final qualifier – the 2012 Pan American Championships held in Montreal in April – his points total on the World Ranking List was enough to earn him a second trip to the Olympic Games.

From Whitby, Ontario, Zupancic was previously a highly skilled ice hockey player playing much of her early years on a boys’ AAA team. Spending a year in Japan training and competing with one of the top company teams, industrial machinery giant Komatsu, Zupancic calls her time in the birthplace of judo a “once-in-a-lifetime” experience.