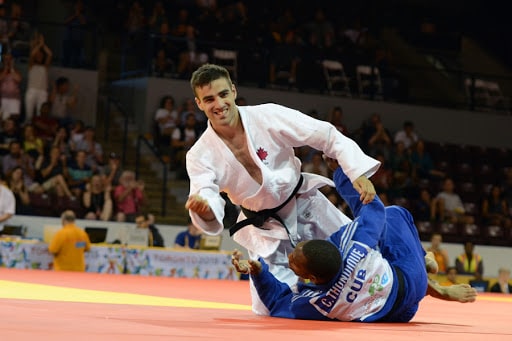 Montreal, January 12, 2021 – Antoine Bouchard came within a hair’s breadth of claiming a second medal for Canada at the Doha Masters Tournament in Qatar on Tuesday, but he ultimately bowed out to Uzbekistan’s Khikmatillokh Turaev, who is ranked eighth in the world. The two were in a battle for bronze in the under-73 kg category.

Bouchard went on the offensive right from the start of the bout but was unable to score any points. Turaev, the bronze medallist at the Paris Grand Slam last year, surprised Bouchard with little more than a minute to go in regulation time by knocking him to the ground to score a waza-ari and take the lead.

“When he threw me, he used a technique I wasn’t expecting at all. He did it at the right time and was able to overpower me,” admitted Bouchard.

Despite several attempts to retaliate, the 26-year-old wasn’t able to score during the last minute of the match. His opponent remained on the defensive in order to stay in control until time ran out and climb onto the third step of the podium.

“I was frustrated because he was taking his time between exchanges and he seemed really tired. I was tired too, but the fact that I was losing boosted my adrenalin. I stuck with my plan, but he slowed down after he scored and kept feinting without really attacking, just to look good,” added Bouchard.

Bouchard’s first loss of the tournament came at the hands of 2017 world champion Hashimoto Soichi of Japan during today’s semi-final. Soichi, who is ranked second worldwide, was defeated in the final by South Korea’s Changrim An, who is ranked thirteenth.

“I really kept to the plan, but Soichi’s style is effective against mine. I wasn’t as aggressive as I should have been. I wasted a lot of energy trying to get him to approach me, but it didn’t really work and I ran out of energy,” explained the current Pan-American champion.

Bouchard’s fifth place finish at today’s tournament is the best Masters result of his career. He competed at Rabat in 2015 and Guadalajara in 2016.

“Before I arrived here, I was feeling really confident and I wanted to go as far as possible. I beat three tough opponents and that’s what I’ll take home with me. It’s a big tournament and I was able to come through when it counted. I hope that continues.”

Also in the under-73kg category, Arthur Margelidon lost by ippon in overtime to Kazakhstan’s Zhansay Smagulov in his first round of the day.

One Win, One Loss for Briand

In the under-81 kg group, Étienne Briand competed in his first tournament in almost a year. He did not attend the Budapest Grand Slam or the Pan-American Championships in the fall. He ended the day Tuesday with a 1-1 record, beating Adrian Gandia of Puerto Rico before losing in overtime to Ivaylo Ivanov of Bulgaria, who went on to win bronze.

Antoine Valois-Fortier’s day ended quickly after he bowed out to Mongolia’s Uuganbaatar Otgonbaatar by ippon.

The only Canadian woman to compete on Tuesday was Catherine Beauchemin-Pinard, who lost her only match of the day in overtime to Austria’s Magdalena Krssakova in the under-63 kg class.

On Monday, Jessica Klimkait needed only 13 seconds to defeat Israel’s Timna Nelson Levy in the under-57 kg bronze medal final.

The Doha Masters Tournament will come to a close on Wednesday, with Canada’s Shady El Nahas competing in the under-100 kg group. He’ll attempt to pursue his winning streak following his bronze medal performance at the Budapest Grand Slam in October and his gold medal victory at the Pan-American Championships in Guadalajara in November. 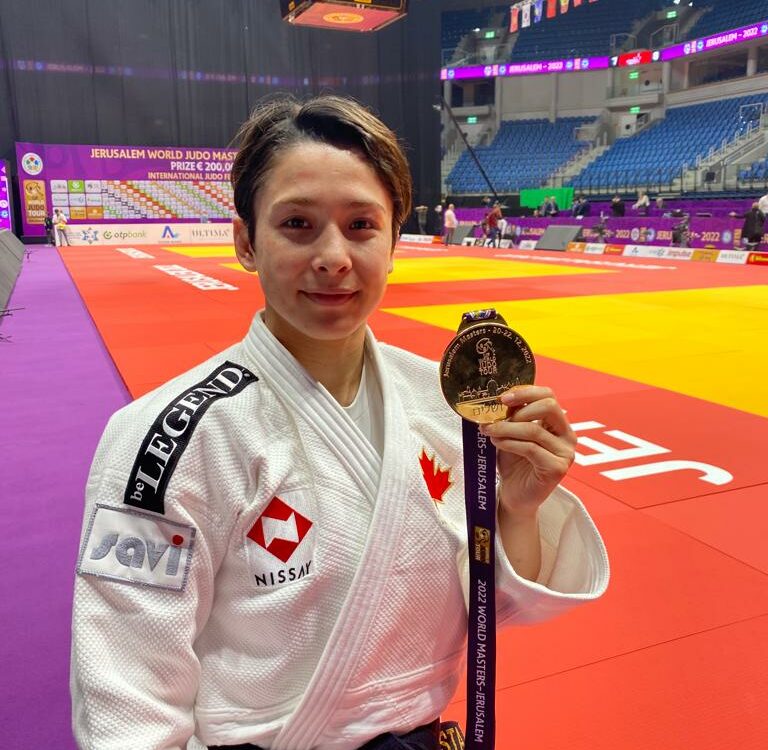