Judo in the Northwest Territories: Chantal Steitzer is dreaming big! 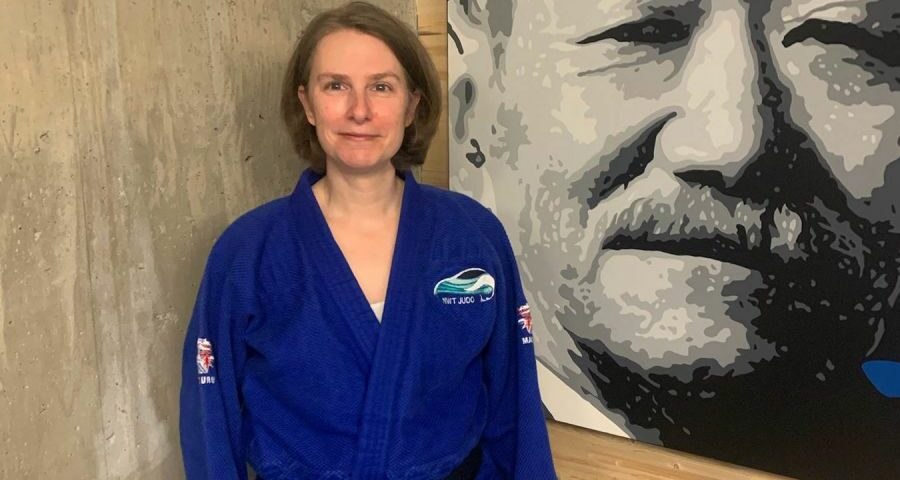 High-level judo in the Northwest Territories? Absolutely! As a matter of fact, for the past several years Chantal Steitzer has been doing exactly that as part of her personal judo mission.

Judo is the reason why the Territories have been on the medals table at the last two Canada Winter Games (Red Deer in 2019 and Prince George in 2015). It’s an incredible achievement, especially considering that the program is supported primarily by volunteers.

“We have volunteers who shoulder a lot of the work for our programs,” humbly admits Steitzer, who’s been active in the judo world for many years, and is currently Northwest Territories Judo Association President.

Her love affair with the sport began when she put on her very first judogi at the tender age of six; she continued to practice the sport until she was 13 years old. Steitzer may have left the sport in her teens, but she found her way back to her passion some 10 years later. “I partnered with a mixed martial arts club to teach judo: I’d look after training the youth participants, while the mixed martial arts leader trained the adults.”

In 2011, her commitment continued, only this time at the territorial level. She became the Northwest Territories Judo Association’s Vice-President in 2014, then in 2020 become its President. “I also help with general administration – we’ve really worked to improve our programs a lot in the past few years,” she notes.

“Our biggest challenge is getting experienced coaches to meet our needs. We always have amazing volunteers, but there are precious few judo coaches who actually stay in the Northwest Territories for several years at a time,” she explains.

Mike Tamura, Judo Canada President, is impressed with the association’s proactive approach. “It’s just exceptional that an area that’s so remote and has such a small membership can attract and develop athletes of this calibre. The Northwest Territories Judo Association is a great example of how even if you’re far from major centers you can still achieve great things.”

Joshua Hagen will be the Association’s Executive Director and Head Coach; he and Amy Cotton’s presence and participation will doubtless help raise judo’s profile throughout the territories.

“We have a grant that enables us to hire coaches, and it also allows us to develop a regional program with coaches teaching judo lessons in schools. The overall goal is to make the judo program really well-known and to create an even greater passion for the sport,” explains Chantal Steitzer.

Regional coaches often find themselves doing two jobs at once: teaching physical education to young athletes, as well as teaching their sport of predilection. “There’s a shortage of physical education teachers here, so if our coaches also teach gym class, then they can also be more involved in the regions where they are – plus it gives kids access to genuine professional athletes in their gym classes.”

Judo’s development in and throughout the Territories will continue, affirms the President of the provincial association. Government of Canada funding to hire seasonal employees is contributing to the realization of that very goal. “We’re rebuilding our organizational chart. We still need more volunteers – who are the backbone of our clubs – but we also want to develop an assistant coach program to provide some stability, too.”

One thing’s for sure, you’re likely to see judokas from the Northwest Territories Judo Association as medalists on the tatami!