Catherine Beauchemin-Pinard : a lock on gold!

Montreal, August 1st, 2022 – In her first appearance at the Commonwealth Games, Christa Deguchi won gold in the under 57 kg category. She capped off her clean run with an ippon in overtime against Britain’s Acelya Toprak, who was battling in front of her fans.

“I am very happy to have won this gold medal as a Canadian. This is my first medal at the Games, I am very proud of myself!” expressed Christa Deguchi as she left the tatami.

From the start of the final, the 26-year-old athlete set her pace. The author of a spectacular point halfway through the confrontation believed that she had taken the lead in the fight, but she had to start from scratch when the officials erased it from the board.

Deguchi was undeterred and eventually scored again with an ippon after just over a minute of extra time to claim victory.

“A great medal for Christa, who was participating in her first major Games experience. This medal is part of her preparation for the World Championships in October and towards the 2024 Games! “, described her coach, Antoine Valois-Fortier.

Kelly Deguchi Would Have Liked to do Better

Christa’s younger sister, Kelly Deguchi, was also in action in the under 52kg category and she also made it to the grand finale, where she had a rendezvous with Tinka Easton of Australia.

“I am happy with my silver medal, but disappointed with my final fight. I have to go back to working on my hand positioning and my foot movements to be ready for the next tournament”, analyzed the 23-year-old judoka, visibly dissatisfied.

During this ultimate encounter, the attacks were difficult to shape on both sides. Kelly Deguchi almost gave in in the second half of the fight, managing to turn around narrowly to save the day. She then took over Easton at the end of the 4-minute regulation, controlling the guard and multiplying the attacks. It was finally in overtime that the Canadian was surprised when her opponent managed a waza-ari good enough for the gold medal.

Before reaching their respective grand finale, the Deguchi sisters had swept away everyone in their path at the start of the tournament. Christa, having benefited from a bye in the first round, took 57 seconds to land an ippon on her first opponent, Suchita Tarival of India. In the semi-final, it was with a waza-ari that she defeated the Briton Lele Nairne.

On Kelly’s side, she reached the final following two quick bouts won by ippon, first against Scotland’s Kirsty Marsh and then at the expense of Marie Celine Baba Matia of Cameroon. Note that she had also obtained a bye from the start. 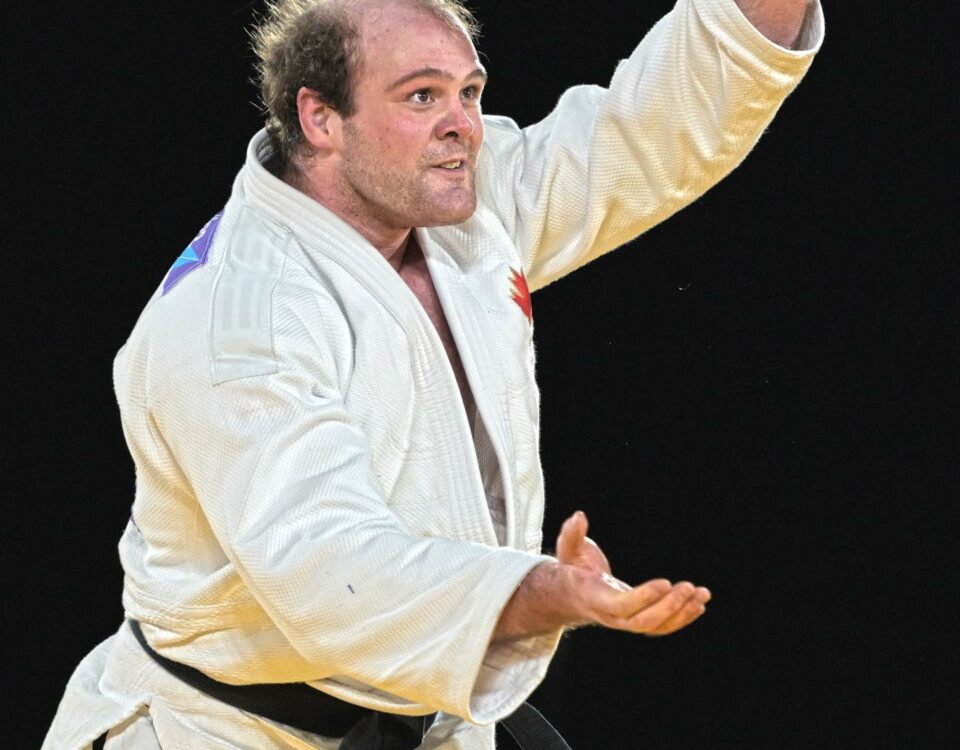