Judo4All: The Gateway to Judo for Newcomers to Canada

Montréal, October 7, 2022 – Alberta’s Kelly Deguchi was the first Canadian to hit the tatamis at the Judo World Championships in Tashkent, Uzbekistan, on Friday. Things did not pan out as she would have liked, however, as she lost her very first bout in the under-52 kg category.

Facing off against China’s Ben Liu, Deguchi appeared to be in full control of the altercation until a second penalty disrupted her concentration late in the fight.

“It isn’t the result we were expecting. It’s disappointing to see her stopped after just one match, especially as she didn’t fight badly at all. When she received that second penalty, she panicked a bit and got too close to her opponent. [Liu] took advantage of that and threw her to the ground, which gave her the win,” said Canadian team coach Antoine Valois-Fortier.

“Tactically, [Kelly] did everything she should and I thought it was just a matter of time before she won. In each sequence, she followed our game plan to the letter, and it was clearly making things tough for her opponent. It was that brief moment of nervousness that changed everything,” he added.

The fight did in fact become more heated following Deguchi’s second penalty. Both judokas were intent on winning the match within regulation time, and only two seconds remained on the clock when Liu defeated the Canadian by ippon.

Earlier this summer, Deguchi won a silver medal at the Commonwealth Games in Birmingham, United Kingdom. According to Valois-Fortier, the 23-year-old Canadian’s training for the World Championships had been on point.

“Kelly is based in Japan, so we did a lot of distance follow-up with her, and it went very well. She had no injuries and she was feeling very ready for the Worlds. She’ll bounce back, I know it.”

The Judo World Championships will continue on Saturday in Tashkent. It will be a busy day for the Canadians. Jessica Klimkait (-57 kg), Christa Deguchi (-57 kg) and Arthur Margelidon (-73 kg) will all be aiming for the podium on day two of the tournament.

“Tomorrow is going to be a big day. We stand a good chance of winning several medals. I look forward to seeing what our three athletes have in store for us,” concluded Valois-Fortier. 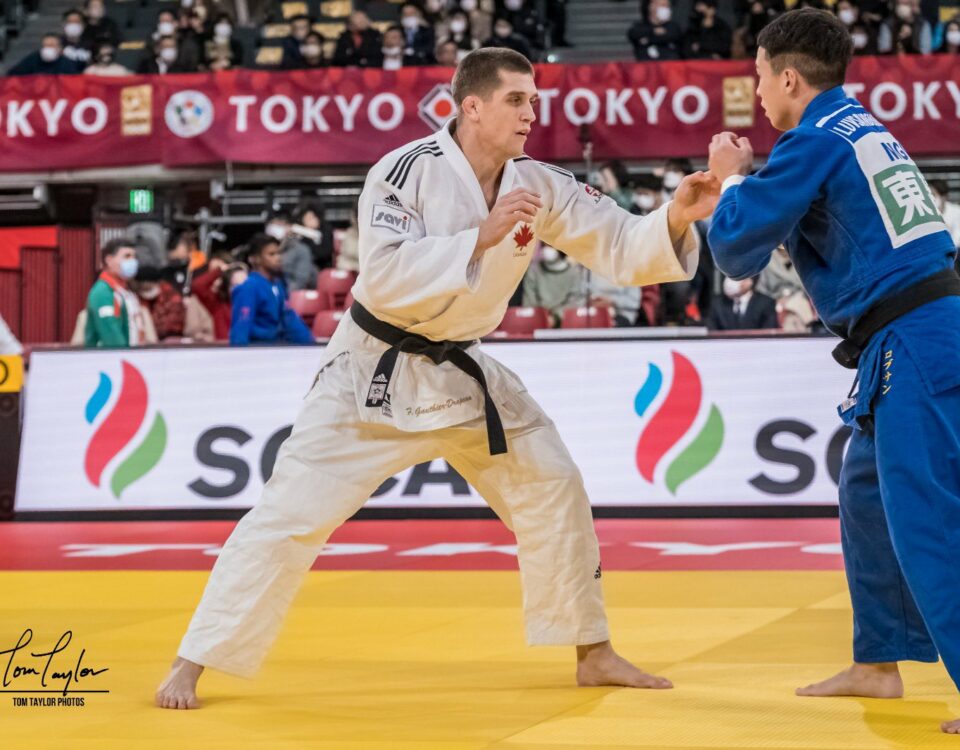