Girls who go toe-to-toe with boys 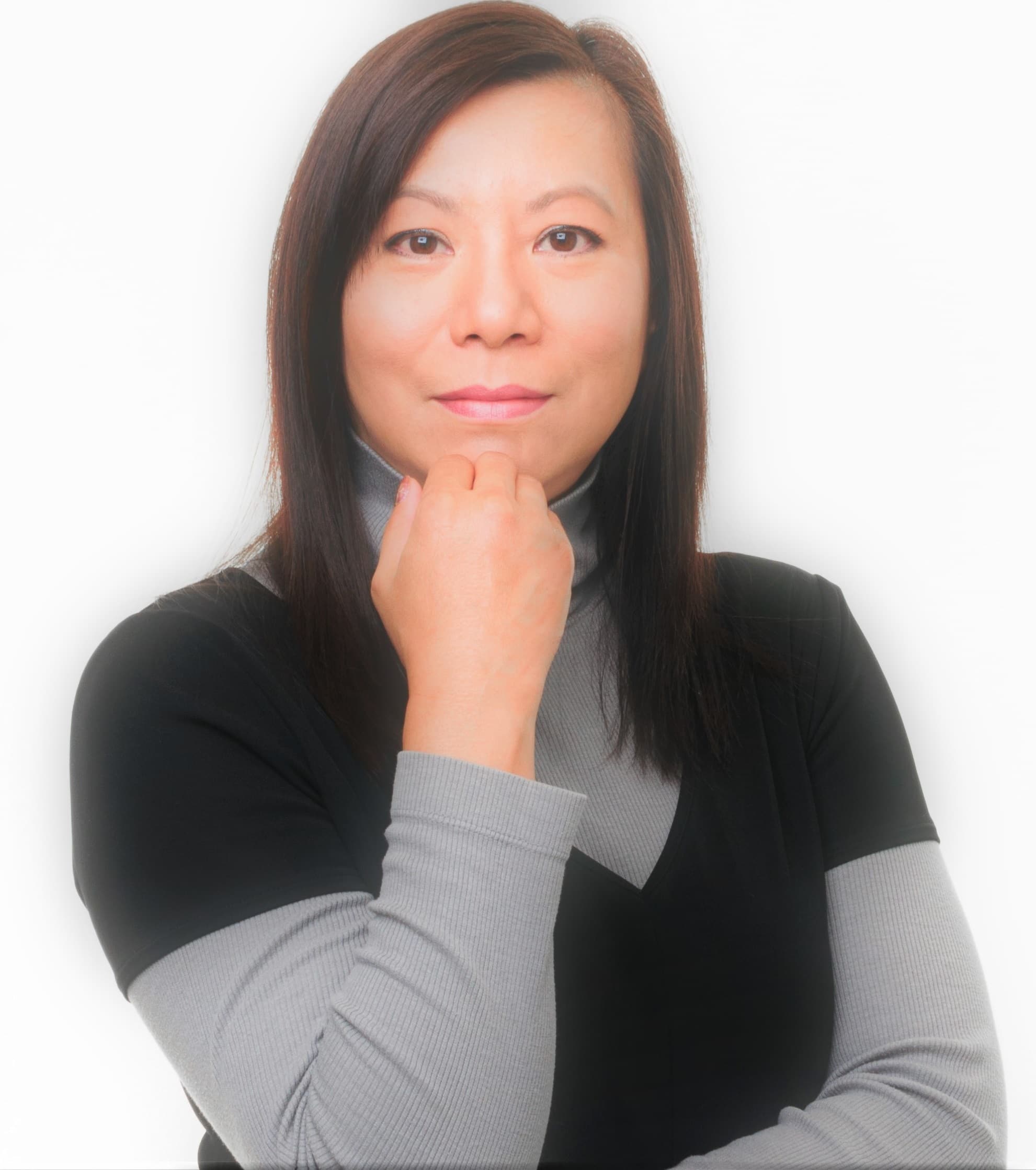 Monica Lin Morishita is a Gold, National Magazine Award winning journalist who has written for Maclean’s, Toronto Life, Châtelaine, Canadian Living and The Globe and Mail. She received her Master of Fine Arts in Creative Writing from the University of British Columbia. For a decade, she worked in television under the umbrella of Chum Group Limited for Citytv, MuchMusic, Bravo, CP24 and MZTV before becoming a freelance journalist. Her work has been generously supported by the Toronto Arts Council and the Ontario Arts Council. Monica’s interest in judo began when her husband talked her into joining classes for fitness and since then it’s evolved into a family pursuit. Monica was the 2017 Gold, Ontario Provincial Champion in Ju No Kata (tori). In May 2018, she was the bronze medallist for Ju No Kata (tori) at the National Judo Championships. Monica continues to compete in Kata and blogs about judo as a recreational sport.

According to last months’ Nielsen report, global interest in women’s sports is on the rise. Nielsen research indicates that the rate of change in women’s sports is, “one of the most exciting trends in the sports industry right now.” There is evidence of this wave happening in judo all over the country.

I started to notice this six months ago when Judo Canada organized the first ever Women’s Summit in Montreal. About twenty or so, women from nearly every province attended the inaugural event. I was lucky enough to be invited to participate.

I had no idea that I was about to meet some of Canada’s most influential and prominent women in judo. Among them: former and future Olympians, elite coaches, trainers, technical directors, teachers, athletes, physiotherapists and more. Little did I know, we would be discussing some serious topics affecting women in judo today. As a newcomer of sorts (I’m a brown belt, kata competitor), it was indeed an honour and privilege to meet these women. But it would not be until well after the summit that I fully realized how accomplished they were. When we gathered together that summer weekend, there were no bios or grand introductions. We met like an ordinary interest group: moms, colleagues, acquaintances and strangers who enjoy judo.

I had few expectations when I arrived on that June 15th morning. Marie-Helene Chisholm, Judo Canada’s High Performance Manager and chair of the Women Equity Committee, mentioned to me in an email that the objectives of the event were to understand women’s issues in judo and to increase the representation of women in all areas of our sport. There were to be six presentations and conferences, as well as periods of discussion on different topics. With that purpose in mind, I showed up.

Over the years, I’ve attended different conferences, mostly related to writing. I go to conferences to gain understanding, improve craft and technique. I go to expand my horizons, network and develop in my life as a writer. I’m not sure if Canada holds any judo conferences but I thought that the Women’s Summit would be something like that. They told me that we would not be getting on the mat or into our judogis. Instead, I would receive a schedule which included discussion topics like: Nutrition, How to Keep Our Women in Sport, and How to Make Your Place in the World of Sport.

At the time, these topics were just words on a page, like when you read a headline such as: Inflation and Interest Rates Increasing. I understood what it said but it didn’t resonate. It wasn’t until we were deep into each topic of conversation, when people spoke of their own experiences that I really comprehended the scope and ambition of the Women’s Summit.

It was only a couple of hours into the summit that my heart broke. That was when I learned how difficult it is for a woman to succeed in judo as an athlete or person of authority. It’s hard enough in the work force today for women to achieve equal success as their male counterparts. In sports, it’s seven times harder.

In comparison to the women there, my knowledge of judo is rudimentary. Many of the women have lived and breathed judo their whole lives. It runs in their blood. Some are second generation judokas who are now moms of athletes themselves. I, on the other hand, started judo in my thirties. I attend a recreational, women’s only class, run in a non-profit environment by the Japanese Canadian Cultural Centre. It’s a unique and special class. Although our club has several judo classes and we are home to some elite competitors, my women’s class is fairly detached from the mixed classes. We are sheltered in the most positive sense, from most of the problems which were presented at the summit. For this reason, when I found out about the issues facing women in our sport today, I was both disturbed and shaken. Here are the top three on my mind.

One of the early topics of discussion was abuse against women. Every instructor knows about it. Manifestations of abuse include humiliation, intimidation, screaming threats, corporal punishment, hazing, excessive punitive workouts, psychological abuse, physical violence, sexual violence and harassment. We were asked whether anyone in the room had witnessed or experienced abuse towards other women in judo. As I put up my hand, all hands around me went up. I gasped. Everyone had witnessed it but no one seemed nearly as astonished as I was. There is a reason why no one else was shocked.

The hard truth to fathom is that abuse has been normalized in judo, as it has in many other sports. Perpetrators can be peers, instructors, parents or coaches. We all, senseis, coaches and judoka can benefit from education. We don’t want to do harm to the sport we love and the athletes who’ve been entrusted to us. There are consequences on all levels imaginable: mental, physical, social as well as ethical, societal and reputational. In the end, abuse itself is a setback.

Girls Dropping Out of Judo

One of the most illuminating topics to me was the rate at which girls drop out of judo and why. We don’t have any hard statistics, but many clubs find it difficult to keep girls coming. Females gravitate toward other females, and so the problem is circular. If you don’t have any girls in your class, it will be difficult to attract other girls.

Psychology tells us that girls and young women seek belonging and acceptance. Thus, a large part of the secret to keeping girls at your dojo is creating an atmosphere of belonging and acceptance among girls. These young girls and women are future athletes, peers and leaders. We need them. Clubs who want to attain a higher level of success in the future would do well to find strategies to attract and retain girls and women.

One of the reasons why there is so much excitement in women’s sports is because there is such a great potential market of untapped interest, participation and viewership. A fascinating thing for me was the amount of time that was allocated to the discussion of developing elite athletes when a far greater population is interested in recreational judo. Elite training is prestigious and impressive. Our athletes are very important. Sports are all about numbers: points, scores, time, speed and so forth. Economics is also about numbers. Recreational sports are the most popular activity in the world for fitness. Financially, wouldn’t it make more sense to spend more time figuring out how to bring in and maintain more recreational members? Recreational membership is what sustains all organized sports.

Sports are Full of Emotion, Euphoria and Possibility

The purpose of the conference was to equip and inspire participants to become ambassadors of their province for the development of Canadian Women’s Judo.

Looking back at the inaugural Women’s Summit, I felt so much hope and promise. Some of the discussions were heated although I would expect nothing less from a group of strong-willed, strong-minded women. There were also moments of inspiration and maybe a little dreaming. After the summit, I walked away feeling like there was so much to do. How could we change the things that need to change? Where do we begin?

There is an opportunity here for all leaders to awaken tremendous and meaningful change.