The Destiny of Antoine Valois-Fortier

A Natural Choice for Judo Canada

The Québécois has retired from competition and will take up coaching

After proudly representing Canada on the international circuit for over a decade, Antoine Valois-Fortier is officially retiring from competition as an athlete. However, the judoka will not stray too far from the tatamis, as he will continue to pass on his passion for the sport to the next generation, this time as coach of the senior national team.

The decision was not an easy one for Valois-Fortier, but it aligns with his values and his longstanding desire to continue his work, albeit in a new role. Therefore, following several discussions with Nicolas Gill, Chief Executive Officer and High Performance Director of Judo Canada, he decided to pursue his adventure in a very different capacity—one that has always been a central element of his career plan.

“It was a very well thought out decision. After the Tokyo Olympics, I went through a process of assessment and reflection, and this is what I decided. I had already talked about it several times in the past, and I had made sure my education would allow me to continue working in sport—judo, if possible—so I don’t think anyone was very surprised!” explained Valois-Fortier, who holds a bachelor’s degree in exercise science.

The best of both worlds

Decorated with an Olympic medal from the 2012 London Games, as well as three World Championship podium finishes and 14 Grand Slam and Grand Prix medals, Valois-Fortier leaves quite a legacy behind him. It is one he will be able to build on without straying far from the daily routine that has ruled his life for the past 12 years.

“Judo still takes up most of my time,” he laughed. “I train every day, and I’m slowly getting used to my new role. It’s important to me that I adapt to it well. As an athlete, you’re often very focused on yourself. Now, I have to focus on everyone else, which is going well so far.”

“I get to fall in love with my sport all over again, but from a new angle.” – Antoine Valois-Fortier

The Beauport native, who is renowned for his impeccable work ethic and unflagging determination, will leverage those qualities, as well as his experience, to make his mark as a coach. He embarks on this new adventure with a combination of confidence and a strong desire to learn.

“I think I’ll be able to contribute a different point of view, and I’ll bring a fresh perspective on international judo. I have my strengths and my weaknesses, and I think my personality will complement those of the other coaches. I also hope I’ll be able to bring out the best in the athletes!” explained Valois-Fortier, who knows he can rely on his colleagues for advice as he progresses in his new role.

“[Nicolas] Gill is an important mentor for me, and I know I can always count on him. The same goes for my girlfriend and my father, both of whom are always there for me. I have a lot of confidence in them, and I admire them for their management skills and, above all, their intelligence. They truly inspire me.”

Throughout his career, Valois-Fortier has always relied on the adrenaline and intensity of competition to achieve his goals, and this has allowed him to create unforgettable moments for the people around him. Although his new role may not provide him with the same level of emotional experience, the intensity will still be there, as he noted when he accompanied a group of Canadian judokas to the Paris Grand Slam in October.

“Obviously, there are certain aspects of competition that I’ll miss, but I think I’ll get to continue experiencing them through the athletes,” he said. “I can already say that I feel each of their wins and losses as strongly as ever! I’ll get to keep experiencing those moments, just in a different way. I can’t wait!”

It is therefore without regret and with much ambition that Antoine Valois-Fortier will continue to make his mark on Canadian judo. And, he hopes, help other athletes do the same.

“It’s my main goal! I want to help the athletes reach their full potential and provide them with the tools they need, so we can get there together. I want to share their dreams and help them reach their goals.” 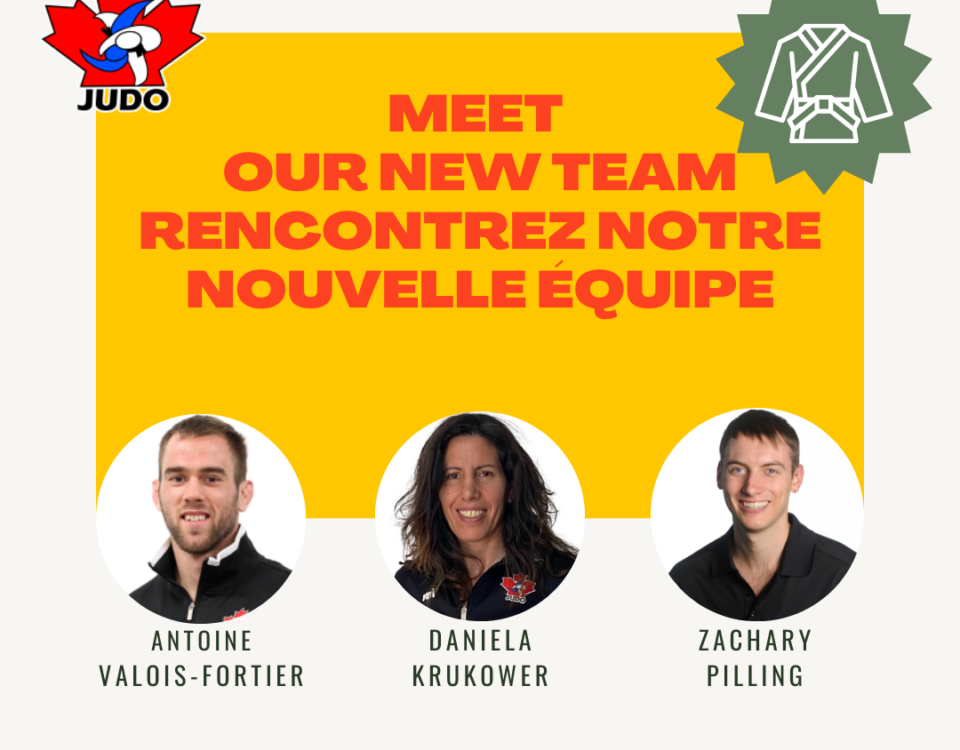