Booth and Popovici: halted in the first round, but potential abounds 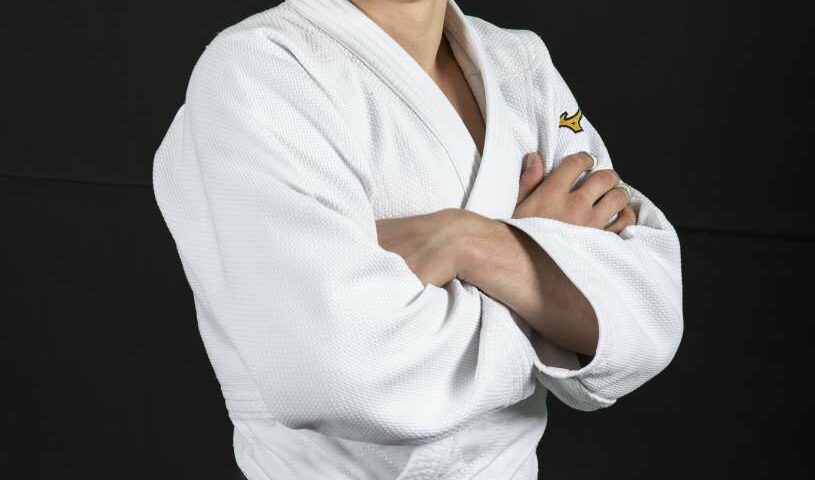 Montreal, August 11, 2022 – Strong after an ippon victory over Azerbaijan’s Gadir Huseynov, Jumber Meladze saw his day come to an end in the third round of bouts, when American Jack Yonezka upset him by ippon in the U-73 kg category on Thursday, at the Junior U-21 World Championships in Guayaquil, Ecuador.

“Overall, I think Jumber should have won, but, the American was a good opponent and we had to be wary of his ground game. It looks as though Jumber lost his concentration just for a moment – unfortunately, he got caught during that moment, and the other judoka got the better of him. Before that, it had been 0-0,” commented Canadian National Coach Sasha Mehmedovic.

The Ontario native was given a free pass in the first round, but was penalized for placing a hand in his opponent’s face. When the fight resumed, the Canadian was on the ground in a crouch position, and opponent Yonezka was able to get his left hand underneath Meladze, then roll him onto his back and hold him there for 20 seconds – and at that point, the resulting ippon decided the Canadian’s fate.

Watching the match, Mehmedovic had confidence in his protégé – who had convincingly won the bout before.

“Jumber had a great start – he won the previous bout within the first minute and a half. That round was a good litmus test, because Azerbaijan’s judokas are tough to beat.”

In the women’s U-57 kg draw, Ontario’s Eibhleann Alexander earned a first-round pass, but then had to admit defeat by ippon, doled out by Italy’s Chiara Zuccaro, who managed to throw the Canuck to the tatami.

“We knew it wasn’t going to be an easy fight for Eibhleann, because her opponent was more experienced,” admitted Mehmedovic. “Junior-level competitors don’t all have the same physical maturity or capacity, in stark contrast to senior-level competitions, where athletes’ bodies are more similar in terms of physicality,” the coach explained.

“At this level, some athletes are more experienced, or more mature, or simply stronger, and not all of our athletes are there quite yet. However, they need to understand that this is exactly where they need to be in order to break through on the international scene. And yes, sometimes you have to learn the hard way,” stated Mehmedovic, a veteran judoka himself.

On Friday, British Columbia’s Brae Booth (U-70 kg) and Québec’s David Popovici (U-81 kg) will make their Junior World’s debuts.

Popovici will face stiff competition against a Japanese opponent, while Booth will step onto the mat against an American.

“I think Brae to win her first match. If she does well, the biggest test will be to combat the Brazilian who’ll be waiting for her in the round after that,” noted Mehmedovic.