Montreal, September 17, 2019 – For a second year in a row, two judokas have been awarded a Giant Ford Canadian Circuit bursary. This year’s winners were Ema Tesanovic (-48 kg, AB) and Ian Ryder (-100 kg, BC) with 297 and 262 points respectively. They were both comfortably ahead on their respective rankings, generated with points from the Eastern Canadian Championships until the Canada Cup.

While the circuit and accompanying bursaries are fairly new in Canada, the program has already proven its value: last year’s winners, Megan Hanks and Shady El Nahas, both represented Canada on the international stage last season, with El Nahas winning several medals, one of which was a bronze medal at the Montreal Grand Prix last July. The program has been renewed for the 2019-2020 season. The first tournament of the circuit will be the Eastern Canadian Championships, held in October.

“When we launched the project, with financial support from Sherwood Ford, our goal was to stimulate Canadian judo and support the next generation,” said Nicolas Gill, CEO and High Performance Director of Judo Canada. “We are more than happy with the 2018-2019 results: not only two up-and-coming athletes were awarded the title, but we also see the provinces stepping up, like Manitoba that launched a new tournament to hopefully add it on the circuit soon. We couldn’t ask for more! We are truly privileged, and without the passion and support from Mark Hicks and Sherwood Ford, none of this would have happened.”

The full ranking is available on: https://www.judocanada.org/ranking-the-giant-sherwood-ford-canadian-circuit/. 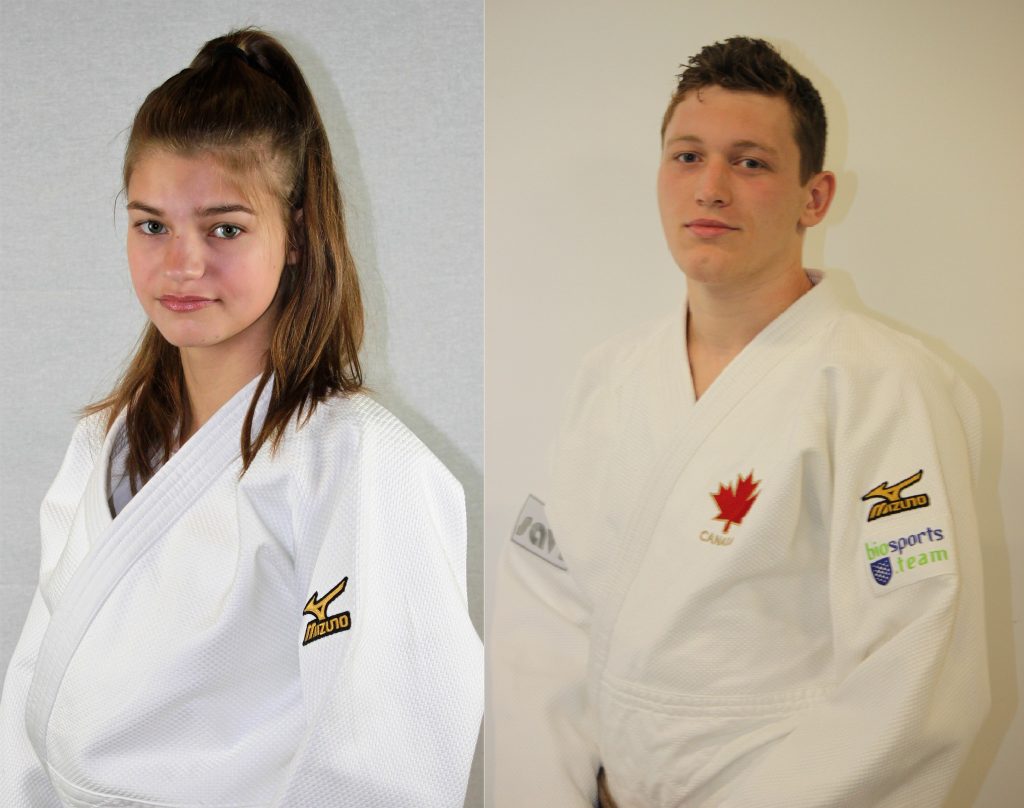 How does it work?
The top male and female performer will each receive a $2,500 bursary. In case of a tie, the bursary will be split evenly between the athletes. For this edition, points will be counted from the Eastern Canadian Championships 2019 to the Canada Cup 2020. The points cumulated for this program will have no impact on the carding and selection of national teams.

Point System
Points will be awarded as illustrated in this chart: 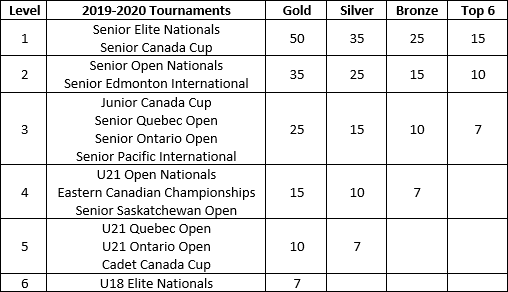 A minimum of 2 wins is required to get the full points in an event. 1 win only allows 50% of the points. Point cumulated in any weight class will count, making it possible to change weight classes during the tour. However, the weight classes are limited to the IJF Senior weight classes. There are no limits of events in which an athlete can compete to cumulate points.