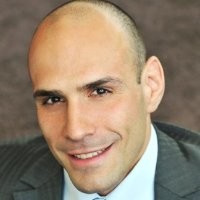 Montreal, August 22, 2019 – Judo Canada is excited to announce the hiring of Nicolas Brisson as their new Sport Development and Event Manager.

Nicolas Brisson has a long history with judo: he started training in France when he was just a kid. He then moved to the Netherlands, where he became the Junior national champion in 1999. In 2000, after earning his bachelor’s degree, he went back to France to continue his studies and trained with the French national team and at his club, the Athlétique Club Boulogne-Billancourt, until 2018, when he moved to Canada. During that period, he was number 1 in France and competed in the biggest international judo tournaments, notably the Paris, Tokyo and Moscow Grand Slams, as well as the European and World championships.

At the professional level, Nicolas Brisson worked as a financial analyst for Accuracy, a consulting firm in corporate finance. His flexible hours allowed him to train and compete at a high level.

Since moving to Canada, Nicolas Brisson worked with Judo Canada for three months to help with the organization of the Montreal Grand Prix held in July at the Maurice-Richard Arena. He was in charge of several projects, including the transport and accommodation of the International Judo Federation VIPs. His new role as the Sport Development and Event Manager, which started at the end of July, will be a continuity to this first experience with Judo Canada. “I’m really happy to join the team with which I’ve worked in the last few months. It’s a good working environment, with reliable people and a good atmosphere. My goal will be to develop Canadian judo on the national and international scenes,” said Nicolas Brisson.

Welcome to the Judo Canada family!