A Great Confidence for the First Major Championships

A Seventh Place Finish After a Big Day for Lasha Tsatsalashvili 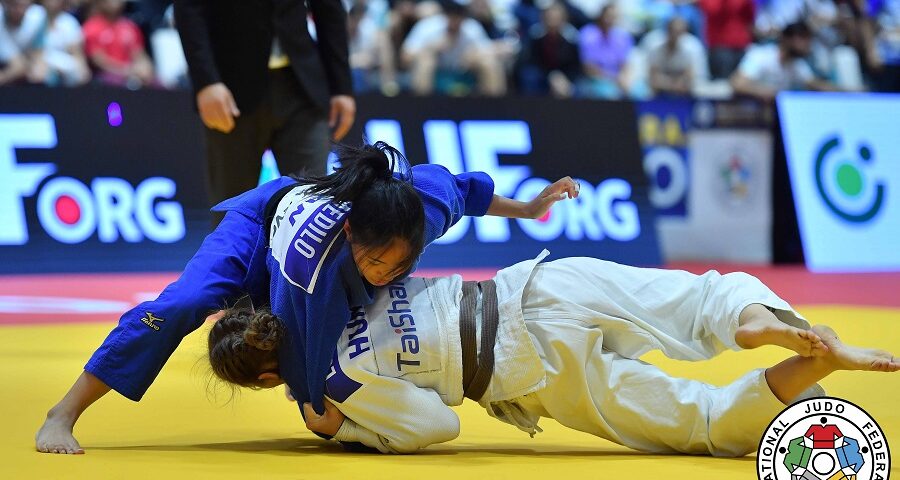 British Columbia’s Charlize Isabelle Medilo stood out at the Cadet World Judo Championships, where she finished seventh in the under-48kg category on Thursday in Sarajevo, Bosnia and Herzegovina.

After getting a bye in the first round, the young woman scored two consecutive victories by ippon against representatives from Kazakhstan and the Netherlands. Once in the quarterfinals, when she was against Luca Veg, the Canadian was determined to win, because the Hungarian had defeated her a short time ago in the European Cup tournament. Medilo eventually lost to Veg who inflicted two waza-ari on her.

All was not lost for the Canadian who advanced to the draft where her opponent was Nandin-Erdene Myagmarsuren, from Mongolia. She had the upper hand and continued her journey towards the third place on the podium.

“This year, in the cadets, Charlize has been very consistent in all of her tournaments. Today (Thursday), she was super determined to get her hands on a medal, because she has never won one on the international stage, even if she has always come close,” said Canadian coach Alexandre Émond, adding that the athlete was disappointed with her result, but not with her performance.

“She almost only fought against left-handers. It was a good day in general.”

Medilo is in her first year of international tournaments and the coach who was an athlete at the London Olympics (2012), believes she has a bright future.

“A seventh place at the World Championships is good. She has great potential. […] She always has good fights against the best. She’s always close to winning a medal, so that’s encouraging!”

In the same table, the Canadian Ekaterina Danilkov won by forfeit against Angola’s Eldmira Segunda who failed to meet the weight limit. In the next round, Danilkov defeated Hong Kong’s representative Suet Yiu Tang by ippon. The British Columbian then folded against France’s Alyssia Poulange in the third round.

The two Canadians who were fighting on Thursday had a shorter day than their female compatriots. Raphael Gaanan (under 60 kg) of British Columbia was defeated by Australia’s Jules Aibierti who won by waza-ari. In the under 66 kg draw, Quebec’s Matis Ganet was also defeated in his first fight by waza-ari, while he was opposed to the Israeli Gal Kloda. The representatives of the country lost their matches in overtime.

“It was a very close fight and I thought they would have had the upper hand,” Émond continued speaking about his two protégés. “They had energy and they dominated, and in both cases, they made an attack in overtime where they were countered and they lost.”

A big day awaits the Canadian team on Friday as seven of its representatives will be in action on the tatami mats.