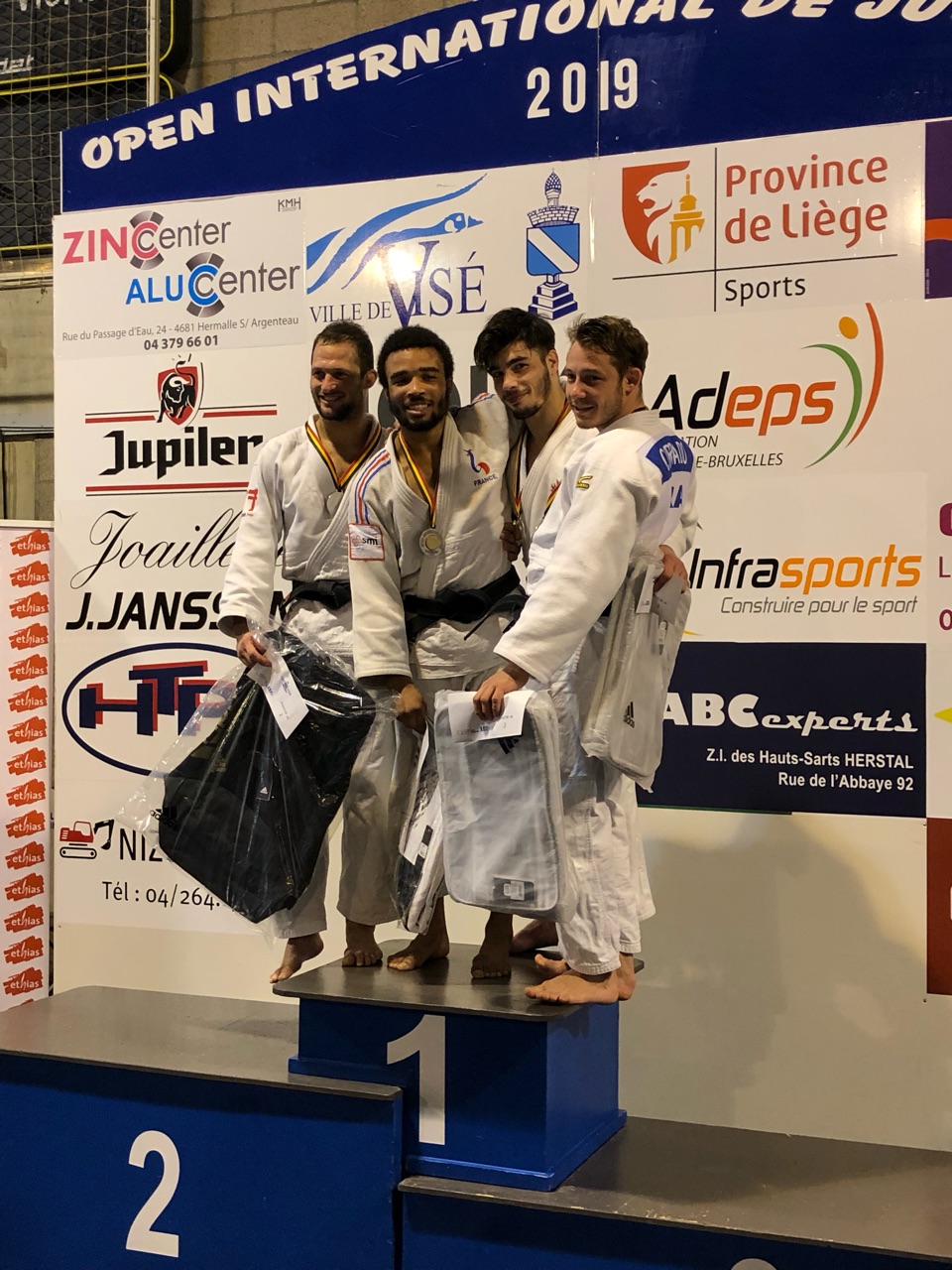 International Belgian Adidas Judo Open in Visé. He stood on the third step of the podium in the -66 kg category.

The athlete from Boucherville earned his medal after defeating Moroccan Imad Bassou. “It was long and tiring. I’m pretty happy with the result, but I was hoping for another medal, and I wanted to see what I could do in the gold-medal fight. I’m still proud of my fights, especially the last one. Bassou was a strong opponent.”

Earlier, Valois won his three fights in repechage. He started the preliminary rounds with two victories before losing against Belgian Senne Wyns, the silver medallist.

“I made a mistake during my fight against Wyns. I think I could have won. I was tired, because I had a very hard bout against a German (Christoph Siegel) right before. His grip was bothering me, and I had to work very hard to take the upper hand. The victory happened during the last seconds,” he explained.

In his opinion, his lack of cardiovascular fitness is what impaired his performance. He plans to work on that.

“The -66 kg category was split in two, so instead of having 12 fights to relax, I only had 3 before going back on the mat. It had an effect on my cardio. Overall, it was a good day to gain experience. The tournament doesn’t give any IJF international points,” added Valois, who will be competing at the Paris Grand Slam next week.

British Columbian Mitchell Markwat had a score of one victory and one defeat. He was defeated by French Hugo Ribac.

In -81 kg, none of the Canadians competing got a ranking. Montrealer Alexandre Arencibia won two bouts before being eliminated by French Guillaume Blanchard.

After winning the gold medal in -73 kg on Saturday, Constantin Gabun tried to fight in a higher weight category. The Montrealer was eliminated by French Vivian Atchon in his first fight.

Saskatchewan-native Warren Seib, who also fought in -73 kg on Saturday, was also eliminated in his first fight by a Frenchman, Lucien Grandhomme.

Besson Eliminated by a Medallist

The female judokas of the tournament were fighting in Herstal, in Belgium. Marie Besson (-52 kg) saw her day end after facing French Cheyenne Mounier, who went on to win a bronze medal. Earlier, the Montrealer had one victory and one loss during the preliminaries.

“Marie fought very well against Cheyenne. The fight went into golden score. The French attacked from the side. I don’t think there should have been a point, but after five minutes in golden score, it looked like the judges decided to end it,” explained national team coach Jean-Pierre Cantin. “She was disappointed, but it wasn’t a bad day for her. Her goal is to perform well in two weeks, during the Oberwart European Open, in Austria. We have things to work on in preparation for it.”

“They were here to gain experience. Some of their fights were over very quickly, but they fought well and they moved well. However, with seniors, a small mistake can take you out of a tournament,” concluded Cantin.

Ontarian Mohab El Nahas didn’t get a ranking during the Odivelas European Open, in Portugal. Fighting in -90 kg, he first won by ippon against French Lorenzo Perricone before losing by waza-ari against Russian Said Emi Zhambekov, who ranked in seventh place.