Teddy Riner Back to Competition in Montreal 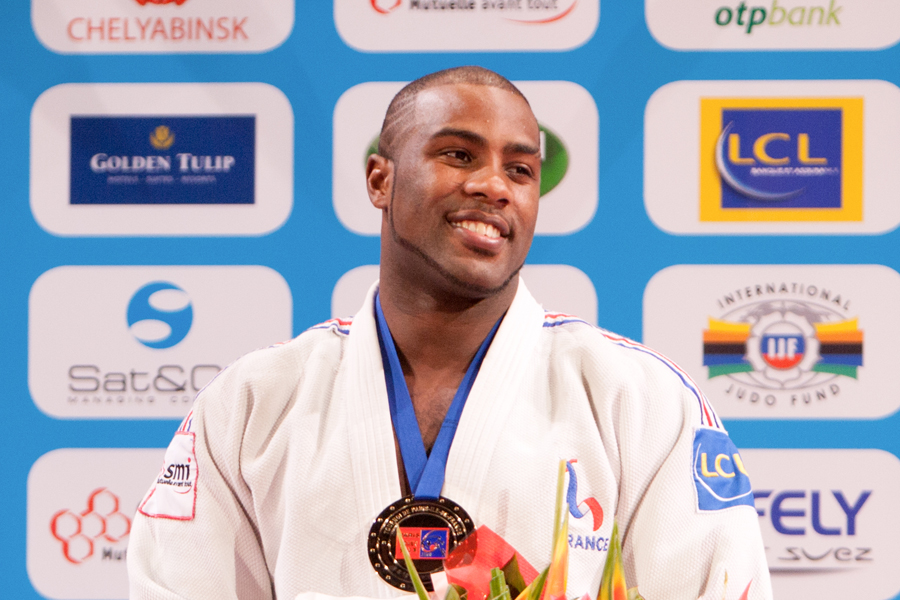 Montreal, June 27, 2019 – Teddy Rinerchose the Montreal Grand Prix next week to come back to competition in the +100 kg category. A few days before arriving on Canadian soil, the judoka was already feeling the excitement.

“After about a year and a half out of the competition, I was getting bored! But it was a choice to manage my career in a way I could continue and reach my goal of a third gold medal in Tokyo. You have to be patient and accept what’s happening. We learn to save our energy and not skip any step. I think time has come now. I need to know where I’m at. It’s my comeback and I’m really happy to do it in Canada during the Montreal Grand Prix. It offers great features in sporting terms, and it’s also well placed on the calendar. It will be my first time visiting Canada. I’ve been told it’s a beautiful country, that Montreal is a great place to live and that Canadians are very welcoming. I’m excited, and even though I know I won’t be there to visit, I’m happy it’s happening there,” said the two-time Olympic champion.

Although the Frenchman already has a worldwide reputation, the European celebrity will, without a doubt, impress the crowd during the prestigious tournament on Canadian soil held at the Maurice-Richard arena on July 5-7.

“He is by far the greatest judoka in history. He’s a 10-time world champion. He’s a celebrity well outside his sport. Montreal will be his first time back on the mat after 18 months out. For our first Grand Prix in Montreal, it’s a gift from heaven to have an athlete of his calibre attending,” said Nicolas Gill, CEO and High Performance Director of Judo Canada.

Riner first planned on being back on the mat in spring, but an injury kept him out a little longer. His latest result dates back to November of 2017, when he won his tenth World Champion title in Marrakech.

Since there are few international tournaments in May and June, the Montreal Grand Prix is timely for the recipient of 30 or so gold medal on the international stage. The event will be the first Grand Prix of the summer.

“We have a great timing before the World Championships, an event I think he wants to win,” explained Gill. “When we chose the date on the calendar, we wanted to place the event to help prepare our athletes for Worlds, but we also knew it could attract big names. Travelling from Paris to Montreal is easy, and being in a francophone setting also helped his choice.”

An Example for the Younger Generation

The 30-year-old isn’t done yet. Riner is now getting ready for Tokyo in 2020, where he hopes to win a third gold medal. The judoka born in Pointe-à-Pitre, in Guadeloupe, would then rival Japanese Tadahiro Nomura’s record, three-time Olympic champion (1996, 2000 and 2004) in -60 kg. After receiving his sixth dan last Winter, the athlete hopes to pursue his prolific career until the Paris Olympic Games in 2024 and maintain his position as one of the greats in his sport.

For Nicolas Gill, there’s no doubt that Riner’s presence will be a learning experience for judokas of all ages attending the event, which is also part of the selection process for the Tokyo Olympic Games.

“He’s very serious, methodical and professional.He doesn’t underestimate his opponents and never compromises his preparation, even though he’s a 10-time world champion. Younger athletes who will meet him or see him from the stands will learn from him,” added the CEO and High Performance Director of Judo Canada.