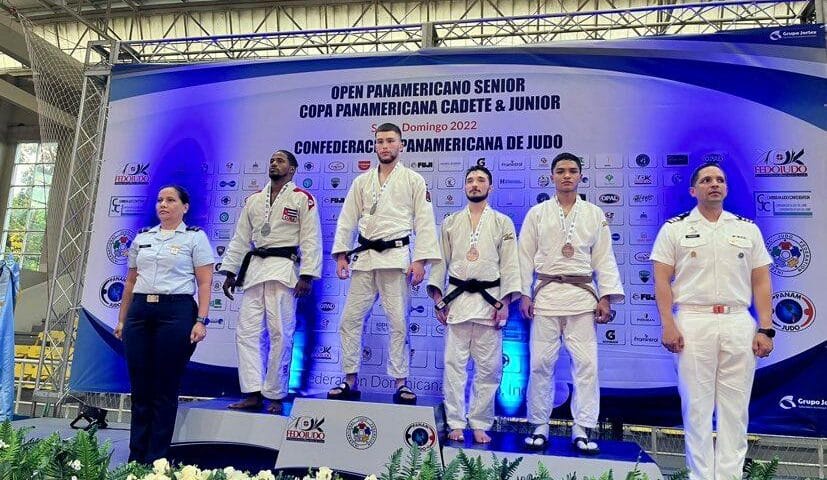 Montréal, September 8, 2022 – Three grand finals, three bronze medal finals and a total of five medals! The Canadians made a strong showing at the Pan-American Junior Cup in Santo Domingo, Dominican Republic, on Thursday.

Yanis Hachemi (-66 kg) and Eibhleann Alexander (-57 kg) were the Canadian stars of the day, clinching the top spot on the podium in their respective weight divisions.

In his gold medal final, Hachemi needed only thirty seconds to dispose of Cuba’s Kimy Bravo Blanco and claim the highest honours. Coach Sasha Mehmedovic was very pleased with the Quebecois’ win.

“Yanis was really on top of his game today. In the final, he beat the Cuban who won bronze at the most recent Junior World Championships. Yanis performed a perfect ippon to win the match,” he enthused.

In the under-57 kg final, Ontario’s Eibhleann Alexander soundly defeated Clara Barinas Benitez of the Dominican Republic to secure the gold medal.

“She won the final very easily. Like Yanis, she forcefully threw her opponent to the ground. She was the best one out there, there’s no doubt about that,” stated Mehmedovic.

Munkhjin Batdorj did not fare quite as well in the under-73 kg final, where he lost to Dominican Antony Matos, who captured the gold medal in front of a hometown crowd. Quebec’s Batdorj nevertheless finished the event with a well-earned silver medal around his neck.

“I’m very proud of my athletes. Most of them have had a tough time because of Covid-19. Our goal was to compete in as many bouts as possible, and we definitely accomplished that. The last few competitions haven’t been easy, so it feels good to achieve some success,” noted Mehmedovic.

Gunner Floyd of British Columbia finished fifth in the under-73 kg category.

The Canadians will remain in the Dominican Republic for the weekend to take part in the Santo Domingo Pan-American Open on Saturday and Sunday.