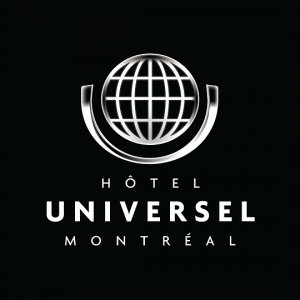 Montreal, September 23, 2019 – Judo Canada is proud to announce a new partnership with Hôtel Universel Montréal. Located at a short walking distance from Judo Canada National Training Centre and sporting venues like the Olympic Stadium, the Maurice-Richard Arena and the Centre Pierre-Charbonneau, the hotel is already a popular choice to host athletes during major competitions.

Hôtel Universel Montreal is a 4-Star/3-Diamond hotel well-known for its attentive and friendly service located only fifteen minutes from the Montreal downtown area. Its urban vibe along with its prime facilities feature 230 comfortable guest rooms, the Toit Rouge Restaurant, 13 meeting and banquet rooms, two indoor and outdoor swimming pools, an exercise room, a spa and a large free parking.

“Hôtel Universel Montreal is very happy to become a partner of Judo Canada. The members of our team have been following Nicolas Gill’s career for decades. He truly excelled at the Olympics and his perseverance and generosity made the sport and Canadian athletes renowned across the country and around the world. We are very proud of this partnership with a federation promoting a sport with a code of conduct and values that we all share,” said Michelle Bellemare, Director of Sales and Marketing at Hôtel Universel Montréal.