Montreal, September 19, 2019 – Judo Canada is happy to announce a new extended agreement with TVGO.ca, long-time webcasting services provider of judocanada.tv. For the 2019-2020 season, on top of webcasting of Judo Canada’s online platform, TVGO.ca will be the official webcast provider of the Giant Ford Canadian Circuit, a circuit bringing together up-and-coming judokas from across the country for a dozen tournaments during the season.

TVGO.ca offers an unparalleled expertise in webcasting and broadcasting of sporting content in Quebec and in Canada. Since 2008, the company has covered dozens of sporting events across the country online and on television, one of which was the Montreal Grand Prix last July. TVGO.ca was launched to offer a greater visibility of Canadian judo with Jean-Philippe Éthier and Thiéry Michel, who themselves have been judokas since their childhood. “The team composed of Gill, Esparbès and Chisholm at the head of Judo Canada bring a freshness and dynamism we’ve never seen before at the federation. We are extremely proud to join them to promote our sport. They are models of success and it was only natural to want to join their team,” said Jean-Philippe Éthier, CEO of TVGO.ca. “Our involvement in judo isn’t new, but we are going even further now by becoming the official webcast provider of the Canadian Circuit. With the new agreement, we can highlight the next generation of athletes who will soon stand on international podiums.”

“We are very happy to further develop our relationship with TVGO.ca,” commented Nicolas Gill, CEO and High Performance Director of Judo Canada. “TVGO.ca is a long-time partner of Judo Canada, and the company is managed by judokas. They have proven their professionalism several times, with us or other sports organizations, and we have no doubt that with their team, Canadian judo will be more visible and accessible than ever.” On top of webcasting the Canadian Circuit, TVGO.ca will be in charge of webcasting the Senior Pan American Championships in Montreal in April 2020.

The first mandate of TVGO.ca under the new agreement will be the webcast of the Eastern Canadian Championships, the first tournament of the Giant Ford Canadian Circuit this season, next month. 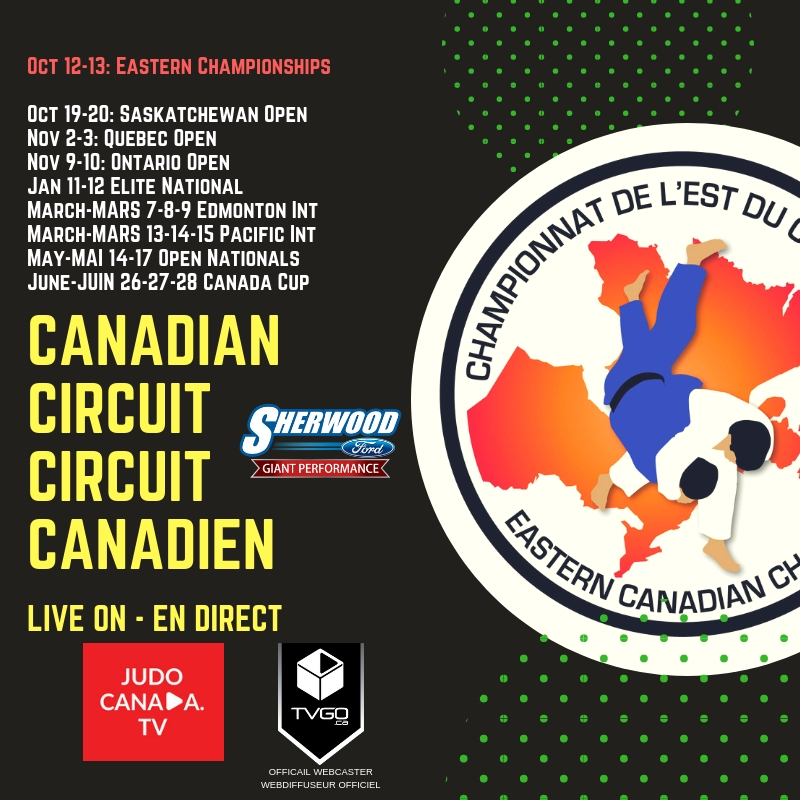