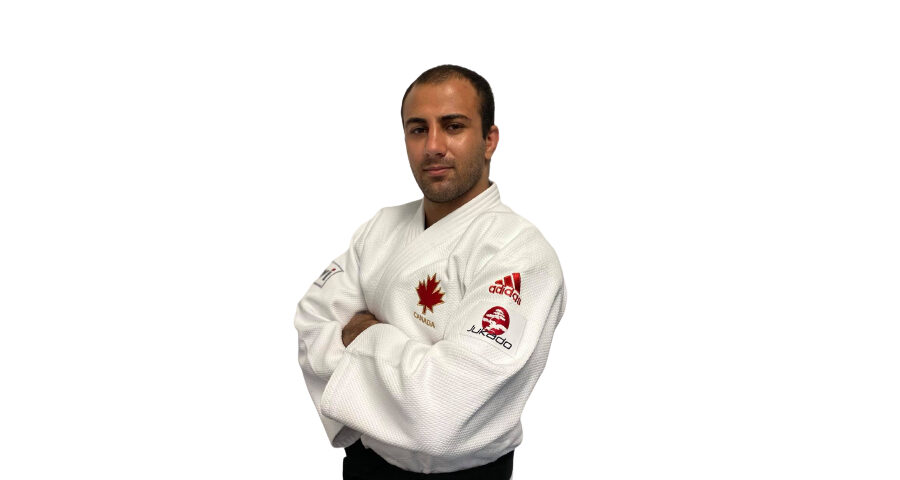 Montréal, June 10, 2021 – As the only Canadian in action on Thursday at the World Championships in Budapest, Mohab El Nahas put in a short workday in the under-90 kg division, losing his first and only battle of the day to Rémi Feuillet of Mauritius, who went on the finish in seventh place. Despite his loss, the Ontarian is confident his experience in today’s tournament will serve him well in the future.

In his first-ever world championships fight, El Nahas was pitted against an adversary he had never faced before. After several unsuccessful advances by the Canadian, Feuillet got the upper hand, scoring a waza-ari late in the four minutes of regulation time.

“I started off strong! I tried to be patient and get both my hands on him, but unfortunately, that cost me the bout. He was able to shake off each of my attacks and I couldn’t get the upper hand,” analyzed El Nahas.

The 25-year-old was therefore eliminated after his first round and did not rank. However, he learned an important lesson from his first World Championships and his preparation for the event.

“Today [Thursday], I learned that I need to develop a strong one-handed grip, because at this level, not everyone is going to give me time to attack with both hands,” he explained.

Although his quick exit left him disappointed, El Nahas is committed to putting in the effort necessary to come out stronger next time.

“Of course, I’m really disappointed right now, but I know my motivation will come back quickly. In the end, [Feuillet] finished in seventh place today and I truly believe I could beat him in another match. I learned my lesson and I’ll aim even higher for my next competition and for the next Olympic cycle,” concluded El Nahas, who is currently ranked 46th in the world in his weight class.

In today’s under-90 kg gold medal final, Nikoloz Sherazadishvili of Spain beat Davlat Bobonov of Uzbekistan to claim the title of World Champion. Krisztian Toth of Hungary and Marcus Nyman of Sweden
completed the podium after winning their respective bronze medal matches.

On Friday, Shady El Nahas and Kyle Reyes will hit the tatamis in Budapest. The two Canadians hope to earn spots on the podium in the under-100 kg division.