Marc Deschênes Upset in First Round 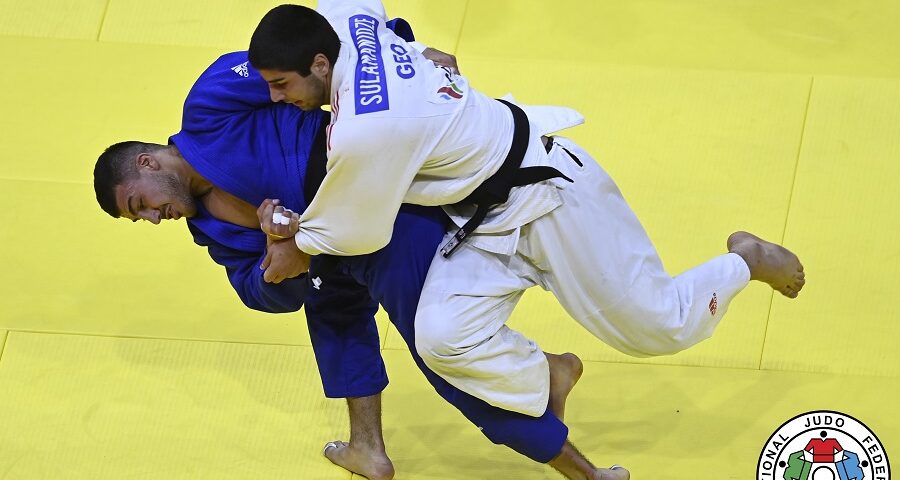 Montréal, June 11, 2021 – Shady El Nahas came close to claiming a second medal for Canada at the World Judo Championships. On Friday, the judoka from Mississauga advanced to one of the two under-100 kg bronze medal finals, where he bowed out to Georgia’s Ilia Sulamanidze 53 seconds into overtime.

The two competitors had most recently faced off at the Tbilisi Grand Slam in Georgia in March, where they met in the gold medal final. That time, the Canadian was victorious.

“I’m really disappointed because these were my second World Championships. In 2019, I finished seventh, and this time, I finished fifth. To not medal twice is a bit frustrating. It tells me I have to work harder,” admitted El Nahas.

“I was too direct. I should have used more combinations when attacking. I’ll have to learn to do that for the [Olympics].”

In an interview, the 23-year-old also explained that he had given his opponents too many openings to counterattack. “I have to learn to be more patient and wait for the right moment to attack. Sasha (Mehmedovic, coach) and I know what I need to work on for the Olympic Games and we’ll be ready. I’m aiming for gold.”

During their hard-fought bout, both El Nahas and Sulamanidze scored waza-ari during regulation time, but lost their points following the video replay.

In the semi-final, El Nahas was defeated by the 2017 World Champion, Aleksandar Kukolj of Serbia, who later won the silver medal at today’s event.

However, it was his victory over Russia’s Arman Adamian in the third round that meant the most to El Nahas today.

“For me, it was the most important fight because he’s beaten me four times in the past. I had promised my brother (Mohab, who is also representing Canada at the World Championships) that this time, I would win. And I did! If he had beaten me, I think he would have gone on to win the gold medal. I’m happy to have beaten him, but I really thought I could win the tournament,” added El Nahas, who ousted Jevgenijs Borodavko of Latvia and Otto Imala of Estonia by ippon in his first two rounds.

Kyle Reyes, who also represented Canada today, was eliminated after the third round. In his first match, he defeated Nathaniel Keeve of the U.S.A. by ippon, then followed up with another victory by ippon over Boris Georgiev of Bulgaria.

In the third round, the Torontonian lost to Portugal’s Jorge Fonseca, who went on to claim the gold medal. It was the second consecutive world title for Fonseca, who was also crowned champion in 2019.

On Saturday, Marc Deschênes (over-100 kg) will be the final Canadian to compete in the Hungarian capital.