Nothing is Impossible for Michelle Jorgensen 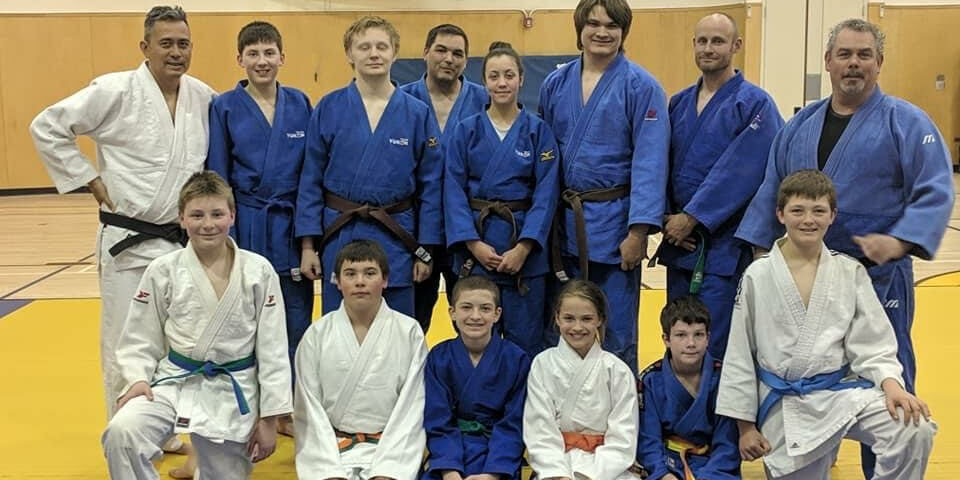 For more than 30 years, Dan Poelman has been finding ways to promote judo everywhere he goes. Poelman, who now lives in the Yukon, works as a valuable contributor for the National Coaching Certification Program (NCCP) while also finding the time to pass on his passion for judo to the next generation of judokas.

Originally from the Netherlands, Poelman began his judo career at a young age, after being introduced to the sport by his father. When the family later moved to Canada, he was able to pursue his favourite sport while forging new friendships and creating lasting memories.

“I started practicing judo when I was eight and continued until the end of high school. I then joined the Canadian Armed Forces, but continued practicing judo for fun. I travelled throughout Canada and visited several other countries. Everywhere I went, I continued to practice and teach judo. I’m very lucky and very grateful,” explained Poelman, who also serves as director on the executive committee of Judo Yukon.

He began his coaching career as a teenager. “My dad ran coaching clinics at the centre where he taught classes. Without even realizing it, I earned my first-level certification, which I received in the mail. It was my first experience with the NCCP,” he chuckled.

Thus began a long journey, which continues to this day. Now an airline pilot, Poelman has never stopped paying it forward and continues to volunteer as a judo coach and NCCP contributor—roles that mean a lot to him.

“Once I left the army, I began coaching more and more. I moved to the Yukon, where my main role was to train coaches. But I was also responsible for The Locker (the Coaching Association of Canada’s portal) and for organizing and managing training courses,” added Poelman, who trains at the Northern Lights Judo Club in Whitehorse.

Although his principal involvement is with the coaches, Poelman insists that his main objective is to serve the next generation of athletes, not only to train them, but also to provide them with skills and tools that will serve them all their lives.

“The main goal is to give them opportunities for new experiences. Judo is a great platform for learning life skills. When it’s taught in the right environment, with solid resources, judo is the perfect learning springboard. When I look back at my own journey, I learned a lot through the sport and I had a lot of positive experiences, even off the tatami.”

To say the least, Poelman’s work is paying off across the Yukon, a territory that relies heavily on sport and the arts to develop its youth. And although there are numerous challenges, they don’t deter the 56-year-old.

“There are several communities in the Yukon, and they all have their own judo clubs and programs now. I’m very involved, but I do it for the young people. It’s something they need. They have a lot of opportunities, but in order to take advantage of them, they need support, and that’s what keeps me motivated,” Poelman explained, adding that none of it would be possible without the assistance of various government bodies.

“That’s what allows us to travel and organize tournaments in the Yukon. The government supports us and helps us create these types of experiences for the athletes and coaches. We’re really lucky.”

One thing is certain: Poelman’s work is recognized not only at the local and provincial levels, but also at the national level, as pointed out by Andrzej Sadej, Coaching and Education Director at Judo Canada. “Dan Poelman is one of the most humble judo teachers I know. He offers a wealth of knowledge yet always acts like a “newborn judoka” when in company of other coaches. He is an example of selfless dedication to the development of judo in the Northern territories of Canada.”

When he’s not flying a plane, Poelman can usually be found on the tatami or at other sports facilities, where he continues to give his heart and soul to the community, with the goal of supporting the next generation.

“I’m involved in several sports. I’m always open to learning new skills. I’ve learned a lot through sport and through my various coaching certification programs. I’ve always been good at absorbing information and I’m happy to pass it on,” he concluded.

Looking for a club in your area? Visit judocanada.org/club-finder-tool/