Judo Canada on Cutting Edge of Data Analysis with JudoData

Important updates in the Judo Canada calendar of events 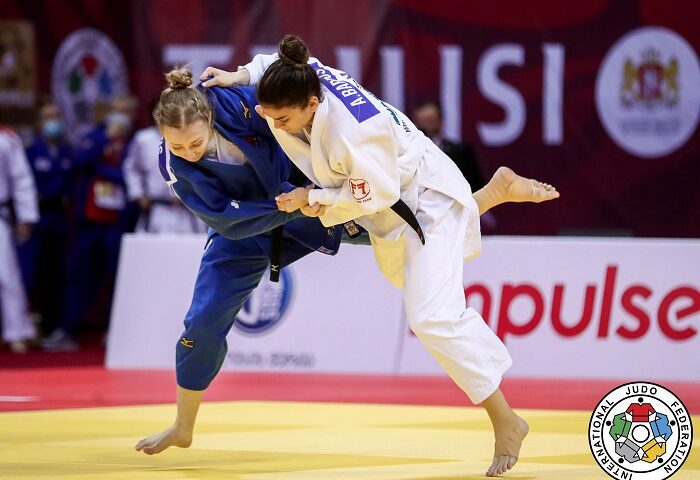 Canada’s judokas faced some tough opponents on the first two days of competition at the World Junior Championships in Olbia, Italy.

On Thursday, Isabelle Harris of Abbotsford, British Columbia, received a bye in the first round of the under-63 kg event before losing by waza-ari to Hungary’s Brigitta Varga, who went on to win the bronze medal.

“At another tournament, Isabelle lost to a Spanish woman who placed second. So, her last two losses have been to world-class competitors,” noted Canadian coach Jean-Pierre Cantin. “She’s good, but her competitors are always top-ranked judokas. It’s hard to win and gain confidence when you’re always fighting the toughest opponents in your first round.”

Justin Lemire of Rawdon, Quebec, met a similar fate on Thursday in the under-73 kg category. He too lost by waza-ari to his first opponent of the day, Daniyar Shamshayez of Kazakhstan.

“Justin made a strong attack that should have been a waza-ari. In fact, I don’t understand why [it wasn’t]. In my opinion, the bout should have at least gone into overtime. Justin gave it his all. He dug deep and pulled out his best moves. I’m proud of him!” stated Cantin, when asked to comment on the 2018 Cadet Pan-American champion. He added that Lemire had followed his game plan to the letter.

On Wednesday, Joel Demaere of Lethbridge, Alberta, lost his first under-60 kg bout of the day to Shakro Shatirishvili of Georgia.

“He got caught out on a small error, but the rest of his fight went well,” noted Cantin.

For the past year and a half, Canada’s judokas have not had many chances to compete internationally, due to the pandemic-related health measures. In other countries, the rules haven’t been quite as strict, and the Canadian coach admitted that the effects of the restrictions are starting to become visible.

“The Europeans had at least five or six tournaments [before the World Championships], but we only had one, so it’s a lot harder. The athletes gave it their all, but to be good in competition, you have to compete. It’s no big secret. […] They did what they had to do. They fought hard and they have to keep thinking positive.”

On Friday, Alexandria Lefort (-70 kg) and Alexandre Arencibia (-90 kg) will represent Canada on the tatamis.