Marc Deschênes Eliminated in First Round

Silver for Kyle Reyes Amid Controversy

Montréal, October 12, 2022 – Although Canadian judoka Marc Deschênes fought hard to the very last second on Wednesday, he did not progress past the first round of the Tashkent World Championships in Uzbekistan.

Deschênes, who competes in the over-100 kg weight division, was pitted against Ruixuan Li of China, an opponent he knew very little about before Wednesday’s bout, and whom he had only encountered in training in 2018.

Thirty-nine seconds into today’s match, both athletes were penalized for non-combativity. Two minutes later, Li scored a waza-ari to take the lead, which he held onto until the end of regulation time, for the win.

“I found him very rigid,” said Deschênes, following the tournament. “I was never able to get in close or gain any advantage over him standing up. At one point, I had a chance to pin him to the ground, but didn’t manage to do it.”

According to the Québécois, a greater number of fights against tougher opponents would have better prepared him for the World Championships and made a difference in today’s bout.

“I think that with a few small adjustments, I could beat a guy like that, but today, he really caught me by surprise. He was very rigid, and he stayed that way throughout the fight,” concluded Deschênes, who was participating in his second World Championships.

Li, who is ranked 92nd in the world in the over-100 kg weight class, was subsequently eliminated by Rafael Silva of Brazil. Andy Granda of Cuba won the gold medal by defeating Tatsuru Saito of Japan in the grand final.

The Canadian national team picked up three medals in Tashkent this week. Jessica Klimkait won a bronze medal in the under-57 kg division, while Catherine Beauchemin-Pinard (-63 kg) and Kyle Reyes (-100 kg) won silver in their respective categories. 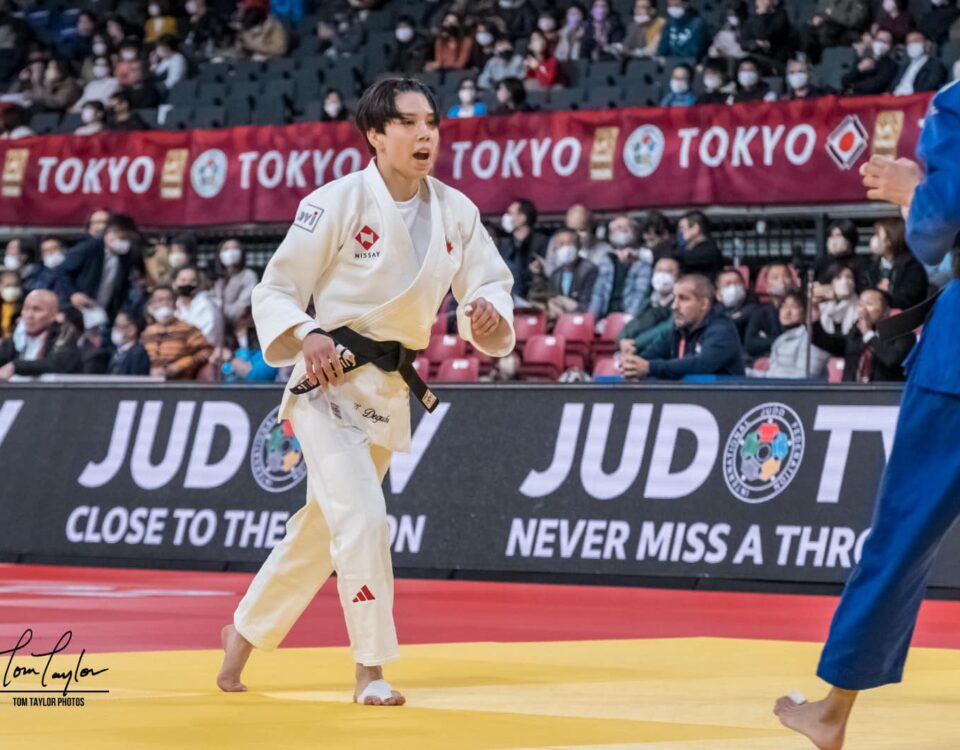 Kelly Deguchi: on the right track in Tokyo