Burt Defeated in the First Round 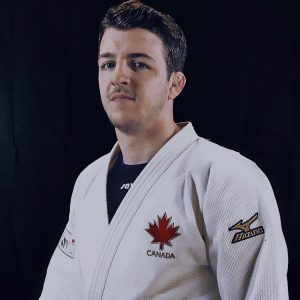 Montreal, August 29, 2019 – Zachary Burt was the only Canadian in action on Thursday, fighting in the -90 kg category at the World Judo Championships held in Tokyo. His day was a short one: he was eliminated in the first round by a tough opponent.

Hungarian Krisztian Toth, second on the IJF world ranking and eventual fifth of the tournament, ended Burt’s day. Despite a good beginning, the adoptive Montrealer saw his opponent win the bout by ippon after a little over three minutes on the clock.

“I had never fought him before today (Thursday). I was curious to see how things would go. It was pretty close at first, and I felt good. However, he surprised me at the end and scored to win,” explained the Whitby-native.

Even though it was a disappointing result for him, Burt is ready to work harder than ever to qualify for the 2020 Olympic Games, which will be held in the same facility.

“Of course, I would have liked a better result, but to compete here, in Japan, less than 11 months before the Olympics, is highly motivating! I’ll get back to training to keep improving and be more confident.”

The World Judo Championships are continuing on Friday in Tokyo. Shady El Nahas and Kyle Reyes will be the last Canadians to compete, both in the -100 kg category.