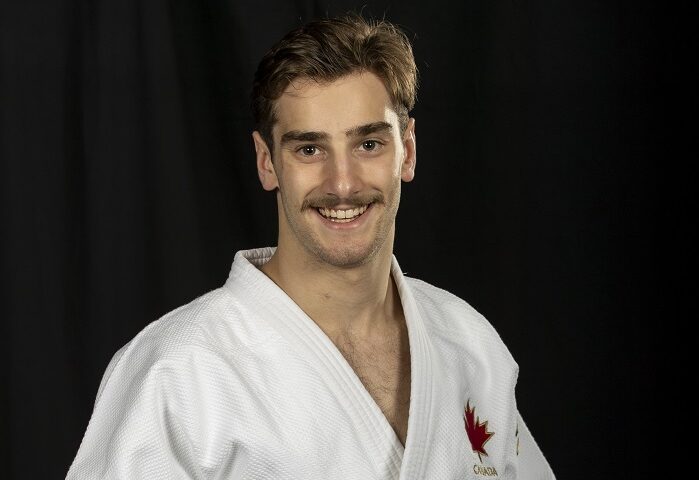 Montréal, June 12, 2022 – Julien Frascadore made a good showing at the Judo European Open in Madrid on Sunday, finishing seventh in the under-60 kg category.

“It was a challenging day,” said Frascadore, who ended his day with three wins and two losses. The temperature in the competition hall where his five bouts took place had hovered near 40 degrees C throughout the competition.

The 22-year-old Canadian began his day with three victories in a row, two of which were decided in overtime. He defeated Raul Lopez of Spain, Sherzod Davlatov of Kazakhstan and Samuel Waizenegger of Switzerland. He then lost to Nazir Talibov of Azerbaijan, who later won the silver medal.

“He’s a very strong opponent,” said Frascadore of Talibov. “His style is challenging for me, and he bested me pretty quickly by ippon.”

However, there was still hope of a podium finish for Frascadore, who hails from Quebec City but trains in Montréal. He advanced to the repechage, but ultimately lost to Maxime Merlin of France.

“It was a good fight and it went pretty well, but I made a small error in the middle of the bout, which allowed him to score a waza-ari. From then on, he took control of the fight, and I wasn’t able come back.”

Frascadore later regretted the loss, since Merlin won the bronze medal by default when his opponent forfeited the match. However, the Université de Montréal law student’s disappointment was short-lived, as he knows that days like this can be valuable learning opportunities for him.

“I’m disappointed to have finished seventh, since it’s so close to the podium, yet still so far […] Still, it was a good experience. I fought five fights, five long fights, which allowed me to assess my physical fitness and my energy levels over the course of a long day. So that’s a positive. I definitely got my money’s worth at this tournament.”

Two other Canadians were in action in the Spanish capital: Hakim Chala (-66 kg) of Montréal and Ian Ryder (-100 kg) of British Columbia, neither of whom ranked.

Ryder received a bye in the first round, then lost to Nicolas Pavloski of France.

The three Canadians will now head to Valencia for a two-week training camp. 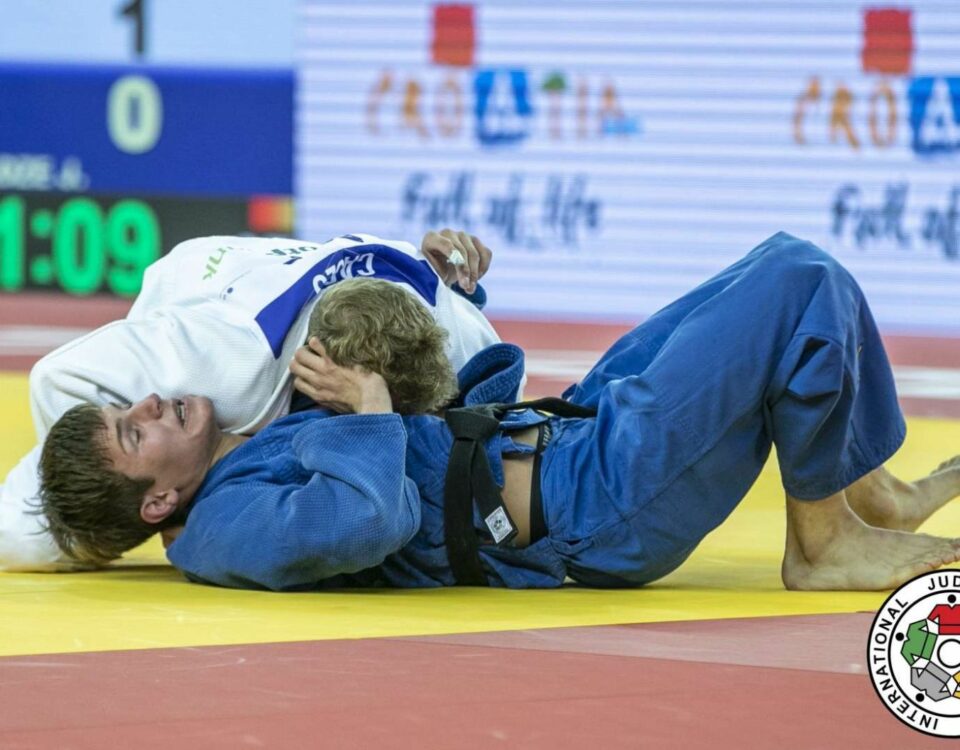